The Gravestone In The Garden

It’s no secret that I’m a taphophile.  It’s a
slightly sketchy sounding word, but I have a tremendous interest in old
cemeteries.  I’m especially interested in the historic
Albany Rural Cemetery and
its predecessor, the

State Street Burying Grounds.  The latter was a large municipal
graveyard located in what is now the northeast quarter of Washington Park.
To make a long story short, when the over-crowded and neglected Burying Grounds
were closed in the late 1860s, the remains and headstones were removed to a
special section of the Rural Cemetery now called the
Church Grounds.
Some headstones, however, didn’t make it.  Over the years, there have been
a few stories of stones found along the route from the park to the South Gate of
Albany Rural.

And then there’s the gravestone of Mary McConnell
Vanderveer.

Click the photo above to see the hi-res version.

Several weeks ago, my partner James and I were chatting
with a neighbor on the next block.  He’s retired and puts a lot of time
into maintaining a nice little garden.  He was talking about his hobby and
mentioned that all of his digging had, at some point, turned up a very old
gravestone and some broken fragments of others.  Somehow, I managed to
contain my excitement, but I did get permission to visit his backyard and take
photos of the stone (all while wishing I’d find something that fascinating in my
own somewhat neglected garden) which is set in the ground adjacent to the garden
path.

The gravestone was dated 1823.  Years of being
buried protected the carving; it’s not completely clear, but it was certainly
legible enough for me to read and copy the entire inscription.  The stone
was In Memory Mary McConnell, wife of Tunis Vandeveer, who died August 25,
1823, in the 28th year of her life.

The other fragments weren’t large enough to yield any
real information.  I left wondering exactly who this stone belonged to and
how it came to rest in a backyard just steps away from the Empire State Plaza.

A quick study of area maps showed nothing on my
neighbor’s lot in 1823; no farm that might have included a family graveyard, for
example.  There was nothing on this block of Madison Avenue until 1827 when
Alfred Conkling, a U.S. District Judge, build a large house with an orchard just
west of this house.  The estate was later divided into lots (including the
one where my neighbor’s house was built in the 1850s) and the mansion became a
Catholic seminary before being purchased by a wealthy grocer, Albert Wing, who
restored it to a house.  It still stands, though an extra story was added
and it was since converted into apartments flanked on each side by rowhouses.

Knowing the history of that block made me fairly certain
this gravestone came from somewhere else.  The nearest cemeteries at the
time were the previously mentioned State Street Burying Grounds about three
blocks west and the

Hallenbeek family burial ground further downtown.  Fortunately, when
the former was transferred to Albany Rural Cemetery, the city’s Common Council
had an inventory of its burials compiled and printed.  It’s not perfect;
many of the oldest stones stones in the Church Grounds don’t appear in the
inventory and I’ve encountered a few misspelled names or incorrect dates.
Still, considering the length of the list and the fact it was complied by hand,
it’s a terrific resource.

It only took a few minutes to find her, though her name
was listed as Maria Van Deveer.  According to the inventory, she was
originally buried in Second Presbyterian section of the State Street Burying
Grounds.  Since the information in the inventory was compiled directly from
the gravestones, this was definitely still standing in its original location in
1868.

So far, I’ve found very little information on Mary and
her husband.  A brief search of census and historical records shows that a
Tunis Van Deveer (there’s more than a few spelling variations on the surname)
was a prominent farmer in Glen (Montgomery County), but the date of his marriage
to a woman named Theodosia rules him out as the Tunis named here.  Aside
from her entry in the Burying Grounds inventory, the only other record I’ve
found for Mary McConnell is an entry on passenger list from the schooner
John Dickerson which arrived from Ireland on June 30, 1820.  It’s hard
to say if this is the same Mary, but the age is a match.  Hopefully, a
future search of church marriage and burial records will turn up more details!

The questions remain, though.  Was Mary McConnell
Van Deveer moved to Albany Rural Cemetery with the rest of the bodies from the
Burying Grounds?  Was she among the hundreds reburied there in Church
Grounds?  The Cemetery has no record of her in their burial card files.
Was she reburied elsewhere by family?  If so, where and was she given a new
gravestone, leaving this one to be discarded?  Or, if she was indeed moved
to Albany Rural, why didn’t her headstone make the trip with her?

And what of those other fragments of gravestones? One of
them appears to have the name Houston on it, a name which also appears in the
Common Council’s inventory of the State Street Burying Grounds.  The first
name on the stone ends with the letter “L” and, of the two Houstons listed as
interred in the Episcopal section, one was named Daniel (a twenty-year old “late
of Hanover, N.H. who died in 1829.  This could be part of his headstone.

If these gravestones had been discovered along Henry
Johnson, Northern, or Van Rensselaer Boulevards, a likely explanation would be
that the stones fell off the carts transporting the stones.  As previously
mentioned, stones have been found in recent times;
this article mentions
one such lost gravestone and I recall a news story about an old
headstone found in the front yard of a house along Van Rensselaer Boulevard.
However, Mary’s stone and these fragments were found well buried nearly a half a
mile from the route used to carry the coffins and headstones from Albany to
Menands.  There is also the possibility that these stones were stolen at
some point after the inventory was made and before the removal of graves to the
Rural Cemetery.  They may have also been simply dumped by someone who was
supposed to transport them.

The Church Grounds Project is
expanding and is now the Albany Cemetery Project with the goal of
creating an in-depth on-line digital history of the Albany Rural Cemetery!  Click here for details or to support this research
project!

Thu Apr 9 , 2020
Home Smart Homeowner DIY Home Improvement How to get the most value for your remodeling dollar Family Handyman These 10 projects—decorating, storage, lighting and more—cost little but yield great results. They upgrade bathrooms, kitchens, living rooms, closets, the entryway, the laundry and other areas of your home. By the DIY […] 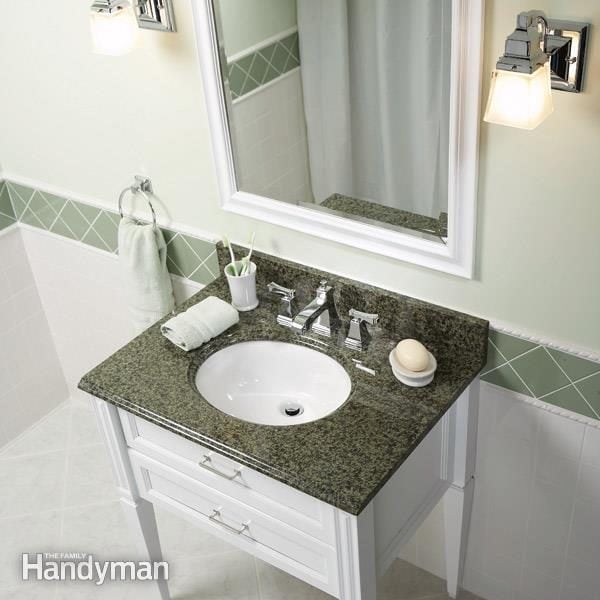