Now that the actor Shia LaBeouf has picked up a posh new pad in Pasadena, CA, he’s ready to shed his longtime Sherman Oaks residence for $2.25 million.

Now that the actor Shia LaBeouf has picked up a posh new pad in Pasadena, CA, he’s ready to shed his longtime Sherman Oaks residence. The “Transformers” star has listed his midcentury modern retreat for $2.25 million, Variety reports.

Built in 1958, the home has a 2,463-square-foot layout that features walls of glass, an open floor plan, and exposed beams. The interior includes a sunken living room with a fireplace, and glass doors that access the patio.

The upgraded chef’s kitchen features stainless-steel appliances, a wine fridge, and a center island with a breakfast bar. The kitchen flows into the dining area, which looks out to the backyard.

The luxe master bedroom has a fireplace, walk-in wardrobe, spa tub, and steam shower. One of the other two bedrooms has been transformed into a paneled library, with custom bookshelves.

An office has a built-in desk and shelving, almost a necessity in today’s housing market.

Set on a half-acre, the serene space boasts a pool, spa, sauna, and city and mountain views.

Along with the landscaping, the gated property opens to a two-car carport, and is “very private,” the listing notes.

Meanwhile, LaBoeuf has left the building. The Los Angeles native upgraded to a pricey Pasadena property in early March for $5,475,000. The brand-new home he purchased evokes the area’s 20th-century Mediterranean style, with all the modern amenities.

With over 4,000 square feet, the four-bedroom, 4.5-bathroom layout includes a huge kitchen and family room that flows to a patio outside. The main bedroom on the second floor, which can be accessed by elevator, opens to a private balcony.

Outdoor space includes landscaped grounds and an expansive patio area with a kitchen, large dining and entertaining area, and a grassy yard.

The actor and performance artist wrote and starred in the 2019 film “Honey Boy,” which received critical acclaim. His upcoming projects include “The Tax Collector,” “Pieces of a Woman” with Vanessa Kirby, and “Don’t Worry, Darling,” directed by Olivia Wilde.

Sticky notes on the bathroom door and wipes by the coffee pot. Employees find new rules as they return to the office.

Mon Aug 3 , 2020
CHICAGO — When employees of Cushman & Wakefield started trickling back into the office Monday, they were given face masks, hand sanitizer and sticky notes. The face masks and hand sanitizer were fairly obvious pandemic accoutrements, but the sticky notes? The Chicago-based commercial real estate firm is using them to […] 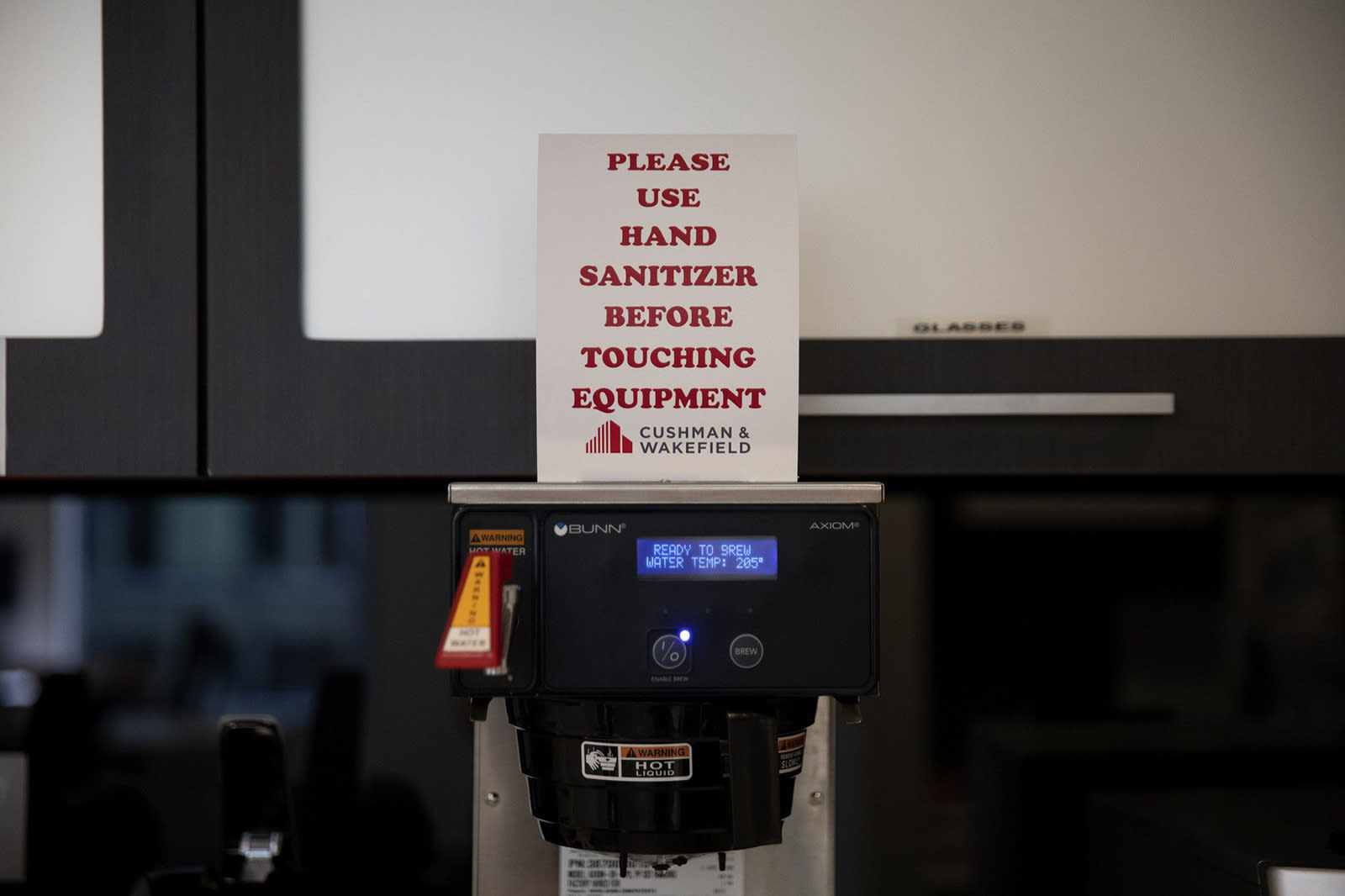