Within weeks of opening, the new self-cleaning public restrooms in Old Colorado City’s Bancroft Park have been flushed with fame.

A short video posted on TikTok showing how the restrooms work — and revealing their $300,000 price tag — has been viewed more than 5 million times.

It’s something to see.

The facility holds three restrooms, including an ADA-compliant option, and each comes with green, red and yellow lights to show availability.

Green means go ahead, but doesn’t mean turning a door knob or anything. Just push a button to open the door, which “slide like something out of ‘Star Wars,’” according to the TikTok video.

Inside, a speaker announces you have 10 minutes to do your thing. That includes using soap, water and a dryer that are all activated with a hand wave. Toilet paper comes out with the touch of a button. While you’re inside, you can see how many times the toilet has been used. Within the first two weeks, one was used more than 7,000 times.

As far as that 10-minute rule, the restrooms mean business. When time is running out, you’ll hear a countdown before the doors automatically open.

The restrooms, made by a company called Exeloo, are the first of its kind in Colorado, according to Britt Haley, the parks design and development manager with the city of Colorado Springs.

Recent renovations, totaling $845,000, to Bancroft Park also included new sidewalks, music flowers and restorations to the bandshell after a 2017 fire.

“One of the features that citizens always want in parks is a restroom that’s clean,” she said. “And one of our biggest challenges is maintaining that. We can’t be everywhere at once.”

Haley calls the self-cleaning restrooms “the perfect answer to both of those problems.”

While the technology was more expensive upfront, she said the restrooms will make up for that over its lifetime.

The facility comes with a security camera. A park maintenance supervisor is alerted via an app when toilet paper or other supplies are running low.

In the meantime, restrooms are set up to self-clean after every 30 uses. At that time, the doors close and hidden nozzles appear to spray cleaning solution, disinfectant and water. It also dries itself.

“Isn’t it amazing?” Haley said. “I wish my bathroom did that.”

Soon, she hopes, more bathrooms around Colorado Springs will do that.

“It has proven to be what we thought it would be,” she said.

Sun Aug 16 , 2020
Melania Trump announced Monday she will oversee a renovation of the White House Rose Garden, overhauling the iconic greenspace adjacent to the Oval Office and West Wing. Trump intends to restore the space to more resemble the original design and formation of the Rose Garden, established by President John F. […] 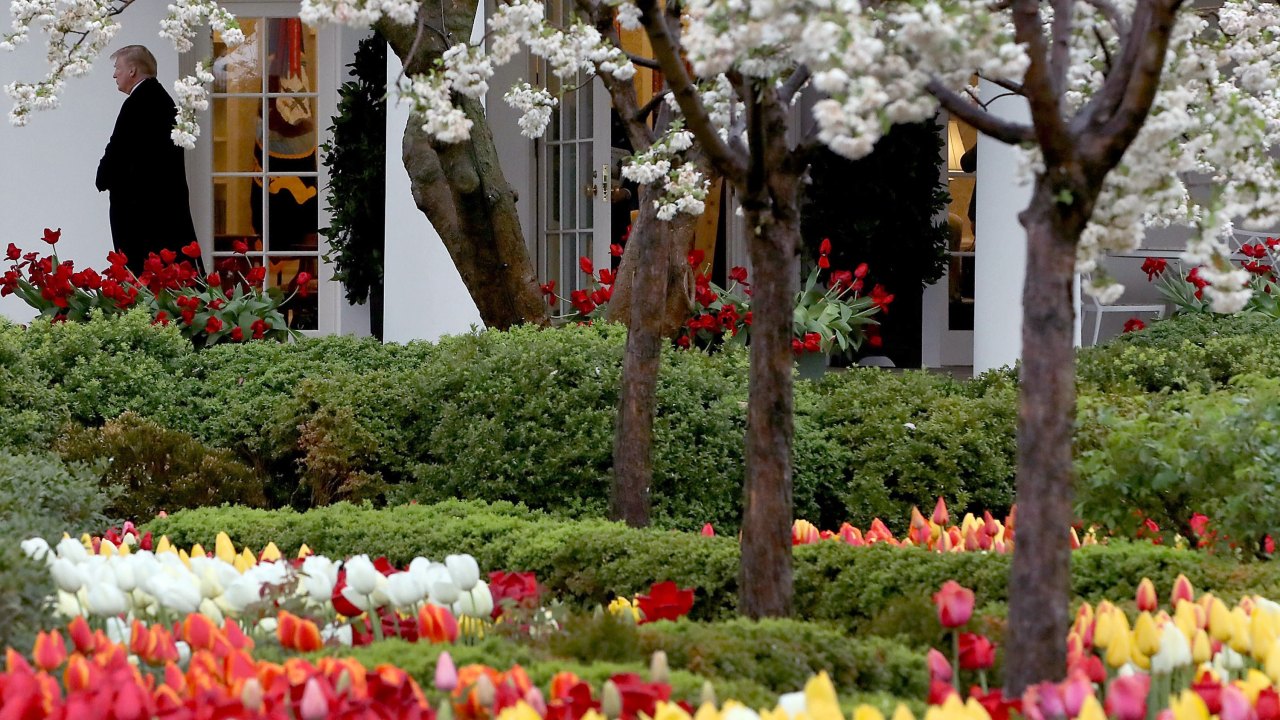