In 1950s Los Angeles, a home by Paul Revere Williams was a fabulous symbol not just of having “made it,” but made it with your name above the marquee. The architect to the stars designed nearly 2,000 homes in Southern California, and counted Frank Sinatra, Cary Grant, and Lucille Ball among his boldfaced clients. Politicians and wealthy businessmen alike commissioned him to do their residences and flocked to the hotels he designed in Los Angeles and Palm Springs. In 1997, architect Max Bond wrote that a home by Williams is “affable, well-mannered, gracious and graceful, a mite different but not so different as to shock…a California style of self-assured, easy worldliness.”

So, why isn’t he a household name like Frank Lloyd Wright?

For one, Williams faced immense challenges as one of the few commercially successful Black architects of his generation; he was the first African-American member of the American Institute of Architects. A brilliant draftsman and artist, Williams taught himself to draw upside down because white peers were often not comfortable sitting next to him, so he drew sitting across from them, their commissioned projects appearing on the paper, right side up. Due to racist property laws, he could not live in the neighborhoods where he built so many of his projects. At the outset of his career a teacher told him: “Your own people can’t afford you, and white clients won’t hire you.” And yet, through his diligence and immense talent, he became one of the most prolific architects in the U.S., and spoke out for Civil Rights, paving the way for other black architects. Later, he won numerous awards and accolades and today is among the many Black creatives whose pioneering work is being rediscovered by a younger generation.

Though Williams’s archive of over 10,000 drawings was believed destroyed in the 1992 Los Angeles riots, the archive was actually elsewhere, cared for by his granddaughter Karen Elyse Hudson, who has worked to preserve his legacy and has published extensively on his work. It has now been jointly acquired by the University of Southern California School of Architecture (Williams’s alma mater) and Getty Research Institute. Below, a look at some of the nearly forgotten photographs from the archives.

30 Fall Porch Decor Ideas, Because September Will Be Here Before You Know It

Mon Jul 27 , 2020
Labor Day is fast approaching and while we’re always reluctant to see summer go, the promise of reuniting with our sweater weather wardrobe and cute fall porch decor never fails to lift our spirits. This year we plan to go all out on decorating our front steps, beyond a lone […] 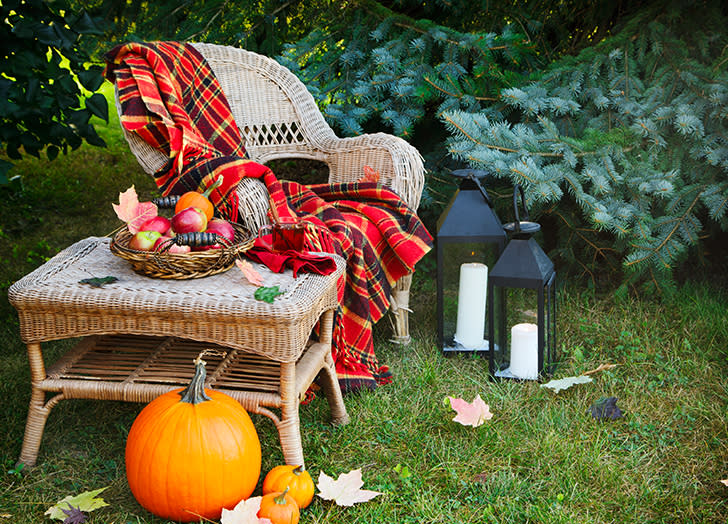