Perched atop a hill with cascading green terraces near Italy’s Amalfi Coast sits Palazzo Avino, a 12th-century private villa turned boutique hotel in the enchanting town of Ravello. “It’s a magical village, suspended in time and space,” says architect and designer Cristina Celestino, who recently completed a capsule collection of seven rooms and suites for the hotel that are full of captivating colors, exquisite natural stone, and delightful historical details.

Because of the building’s history, each of the hotel’s rooms and suites is distinct, with its own unique layout. For her capsule project, Cristina took cues from “the wonders of the Italian gardens of Ravello, and the odyssey of forgotten legends of the Tyrrhenian Sea,” she reflects, creating a captivating, alluring atmosphere through the use of light, color, and material selections. She emphasized existing features, like niches in the walls, pointed arches, panoramic views of the sea, and cross-vaulted ceilings. Playing up these original elements, she then accented them with a combination of geometrical pieces and modern finishes, especially in the bathrooms of each of the suites and rooms she renovated.

“For the bathrooms, I wanted them to be a precious alcove, a wunderkammer for self-care,” says Cristina, referring to the German word for a cabinet of curiosities, a place where special objects and precious items were kept for private, secluded appreciation. Her “mermaid refuges,” as she refers to the rooms and suites and their adjoining bathrooms, are nothing short of transporting: Iridescent finishes shimmer while color palettes of aquamarine, coral, and sand create a space that feels of-the-sea and yet also of the moment. Cristina gave what she describes as “preciousness” to the lavatories and sinks, placing them under arches that protrude out from the wall, creating niches that mimic the shapes seen elsewhere in the building. This gives them presence but also creates storage for towels and toiletries—but in a way that cleverly conceals them at first glance.

AllModern sale: Take up to 65% off during AllModern's August Clearance Sale

Mon Sep 14 , 2020
Whether you’re after an office chair that’s actually comfortable to work in or a new ottoman to put your feet up on for a movie night, AllModern’s August Clearance Sale is a one-stop shop for modern furniture, decor and more at super discounted prices. Read on for some of our […] 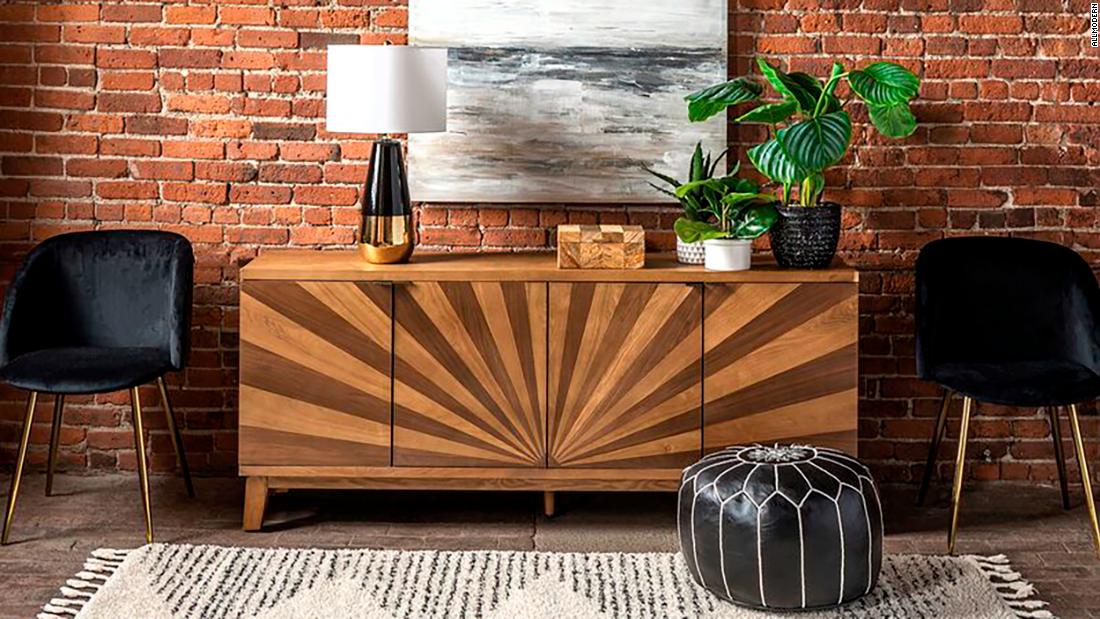