CNN — In 2016, first lady Melania Trump rejected at least two drafts of speeches provided by seasoned political speechwriters, opting instead to rely on a woman who worked in New York for the Trump Organization, also an occasional ghostwriter for some of Donald Trump’s books. It was a decision that would culminate in a case of plagiarism so egregious it would overshadow her convention appearance and follow her into the White House.

This time, the speech Trump will deliver a speech with reflections of her experiences over the last three and a half years, sprinkled with deeply personal anecdotes, a nod to history, a look at her proposed second-term agenda and a forceful push of support for her husband, a White House official familiar with the first lady’s preparation told CNN.

This speech has also not been vetted by anyone in the West Wing.

But Trump has been intricately involved in the writing, editing and delivery of her RNC address, the source said, for which she once again shunned the help of professional speechwriters, relying instead on a senior aide to write the bulk of the content.

It will not be coated in fear or anger, nor will she animatedly shout it, a la Kimberly Guilfoyle. The first lady’s chief of staff Stephanie Grisham told CNN the content of Trump’s speech is “positive and uplifting,” adding it is “very forward-looking.”

The first lady rehearsed her delivery from the East Wing late Monday night in front of a small group of advisers, making sure to go over the content enough times to feel as comfortable as possible, the White House source said.

Trump is not a prolific orator. As first lady, the average length of her public remarks at events is typically three to four minutes, on rare occasions they stretch to seven or eight. This speech, says Grisham, will be one of her longest as first lady.

The location of Trump’s speech Tuesday night is also different from anybody else delivering remarks at the RNC.

Sidestepping the campaign’s massive stage and towers of floodlights on the White House South lawn, erected for Ivanka Trump and President Donald Trump’s Thursday night speeches, Melania Trump will talk from the smaller, more intimate Rose Garden. She will, however, have a live audience of about 50 people, including the President, Vice President Mike Pence and second lady Karen Pence, as well as other family members, friends and people associated with her platform, Be Best, Grisham confirmed.

Like many moves from this first lady during her tenure, by speaking in this location, she will be loosely, but not directly, be connected to the theme of rest of the administration — instead highlighting her turf and independence.

The Rose Garden has been Trump’s pet project for much of the last year, having overseen a comprehensive renovation of the space originally idealized by President John F. Kennedy, and implemented by Rachel “Bunny” Mellon, with input from Jacqueline Kennedy.

Following the garden’s public unveiling this weekend, Trump was slammed by critics, many flabbergasted by the new, muted color palette and the removal of several crabapple trees that were part of the original 1962 design. The removed trees, it should be noted, were not the originals of five decades ago and had already been replaced several times through the years, according to a White House official. The 10 trees were taken to the National Park Service’s auxiliary facility for care until they can be replanted elsewhere on the White House grounds, where the shade they cast won’t interrupt the growth of the flowers beneath them, as was the case in the Rose Garden.

As with most public criticism of her aesthetic decisions as first lady — the White House holiday décor, for example — Trump did not publicly respond, and instead hosted a private reception for the donors to the project, sending each guest home from with party favors of small, potted rose plants from the garden, with a card reading: “With the Compliments of First Lady Melania Trump,” according to the source.

Independence — and at times scandal

Trump’s term as first lady has been notable for her focus on helping children, and the quiet way in which she has gone about pursuing her platform — smaller events, less travel, fewer speeches, scant interviews. She has been the “softer side” of the Trump administration, a role which many a first lady has played through history.

Yet right from the start, when she didn’t immediately move into the White House after her husband’s inauguration, choosing instead to remain in New York City, Melania Trump set an independent tone. That character trait has followed in the years since, with everything from an infamous hand swat during an overseas trip; public comments that have not always been in sync with those of her husband; a purposefully less robust East Wing staff; and the occasional forceful demands of her husband.

The latter most on display when Grisham, at Trump’s direction, publicly called out a West Wing national security senior staffer who had been in a bitter tangle with East Wing staff. After Trump announced she did not think Mira Ricardel was worthy of a job in the administration, the President fired her from the West Wing.

There have been other things, too, such as her disagreement with Trump’s zero-tolerance policy of separating children at the border, which she said she opposed. Her public comments against the government’s policy was not the norm.

“Usually, when first ladies disagree with their husbands, they don’t let anyone know about it,” said CNN contributor Kate Andersen Brower, author of “First Women: The Grace and Power of America’s Modern First Ladies.”

As recently as this spring, Trump encouraged wearing a face mask to protect from coronavirus, posting a photo of herself wearing one, at the same time the President said not only was he not interested in wearing one, he didn’t require the rest of the country to do so.

When the nation erupted in protests following the killing of George Floyd, Trump tweeted for peaceful demonstrations, as a right provided by the freedom of this country. Her husband, simultaneously, supported the forceful removal of crowds, called for cracking down on protestors, and railed about law and order. Melania Trump’s opposing messaging frustrating West Wing staff, flaring simmering friction between the two sides of the White House.

That’s not to imply Trump doesn’t share a majority of the same ideologies and political beliefs of the President, many of which she does. When the “Me Too” movement was spreading, particularly during the hearings for Supreme Court Justice Brett Kavanaugh in 2018, Trump in an interview with ABC News agreed women should be believed, but added, those women had to produce “hard evidence” when making accusations of abuse or mistreatment.

“I support the women and they need to be heard,” said Trump. “We need to support them. And also men, not just women. We need to have really hard evidence if you accuse of something; show the evidence.”

As recently as Monday, Trump, appearing at an art exhibition she conducted to showcase children’s art depicting the 100th anniversary of the 19th Amendment legalizing women’s right to vote, was singing the praises of her husband’s work on behalf of women, something the President has been heartily criticized for with budget cuts for programs, as well as his own personal allegations from several women accusing him of alleged abuse or harassment.

“Since taking office, my husband and this administration have taken historic measures to empower and support women in the United States — and around the world,” said Trump in what were her first remarks that could be considered a campaign pitch.

Trump has also sent many visual messages during her tenure, the most infamous the “I really don’t care do u?” jacket she wore on her way to and from a trip to the Texas border to see for herself the situation for children and families at intake immigration facilities.

“She can’t repeat some of the unforced errors of the past four years, which have left a lasting impression on so many,” said Krish O’Mara Vignarajah, former policy director to first lady Michelle Obama. “I can’t help but think of the shameful decision to wear the jacket on a border trip.”

Still a relatively private and publicly disengaged first lady, especially when compared to her most recent predecessors, Trump maintains a lower profile, and cares little to adjust her schedule to accommodate more events or appearances. A potential second-term would likely yield little change on that front, say two sources familiar with the first lady’s lifestyle.

Acting in a different way, in response to media or her detractors, isn’t likely to happen in a second term either.

The highly charged political climate in this country, whipped up many times by her husband’s rhetoric, isn’t much of a concern to her either, even when opponents are hypercritical of her behavior.

“She’s used to it and it never phases her,” Grisham told CNN of Trump’s attitude toward her critics.

Vignarajah said Trump should lean into her personal attributes if she stays on as first lady.

“In some ways, one of the most important jobs of a first lady is to humanize the President — and it’s no secret that Melania has had her work cut out for her in that respect,” she said.

Trump has over the last several years demonstrated an unusual, and at times frustratingly blurred, juxtaposition between independent spouse and silent witness.

She is loathe to play the role of standard political spouse (being told to smile by her husband at a June event did not go over well, for example, resulting in a half-hearted grin for about two seconds), but Trump also avoids wading into controversial policy issues.

“I think that Melania has proven that the role can be as big, or as small, as the person who holds it wants it to be,” said Brower. “It’s an oddly feminist twist really, because she’s shown that the first lady does not have to fit into our preconceived cookie cutter expectations of what we as Americans think she should be.”

Save big on decor, furniture and more

Fri Sep 4 , 2020
With summer coming to an end, you’re probably going to be spending less time at the beach and more time curled up with a good book. Considering your home is where you’ll be most of the cooler months, it’s a great time to invest in furniture and decor that will […] 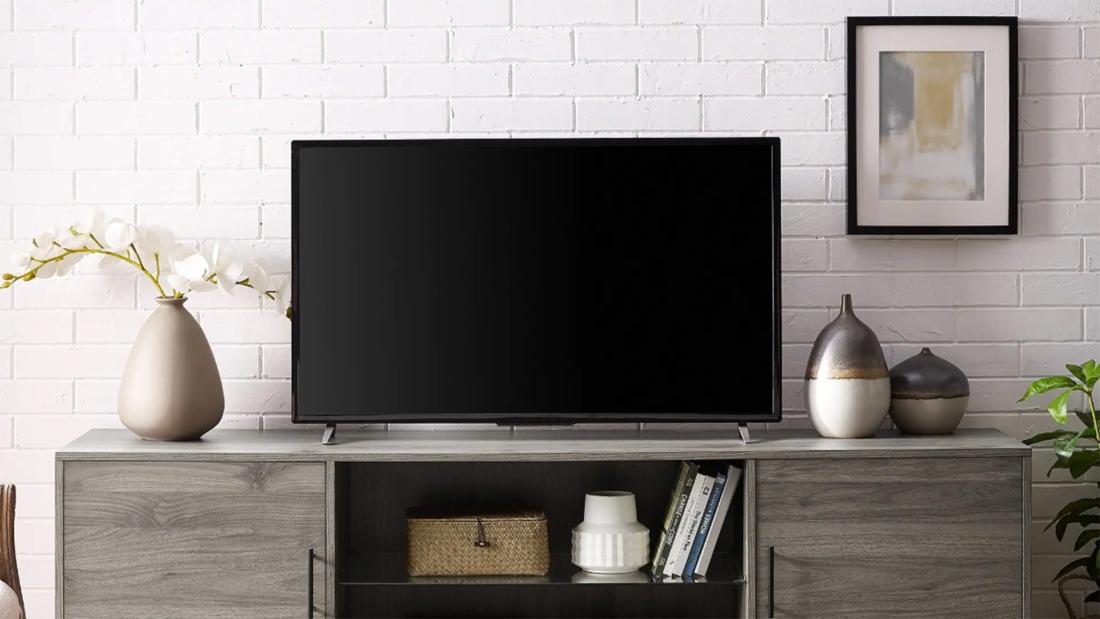