MINNEAPOLIS, Minnesota — Inside Midtown Global Market in Minneapolis, the Indigenous Food Lab is coming together.

The education and training center is part of the nonprofit North American Traditional Indigenous Food Systems (NāTIFS), started by the company The Sioux Chef.

“The company The Sioux Chef is… focused on reclaiming the foods of the Indigenous peoples, specifically the Lakota and the Dakota,” explained Dana Thompson, co-owner of The Sioux Chef and NāTIFS executive director and co-founder. “My family line is Dakota and Sean Sherman, my partner, is enrolled at Pine Ridge. So he’s Oglala Lakota.”

Sherman received the 2019 James Beard Leadership Award for his “efforts around the revitalization and awareness of Indigenous food systems in a modern culinary context.” In 2018 his cookbook with Beth Dooley, The Sioux Chef’s Indigenous Kitchen, won the James Beard Award for Best American Cookbook.

“Sean and I started the company with hopes to sort of normalize the Indigenous foods of North America and over the course of a few years we realized that opening a restaurant wasn’t going to reach the impact that we really needed to make throughout North America,” Thompson said.

RELATED: Meet the people feeding their Native elders in Minneapolis during COVID-19

The Indigenous Food Lab will serve as an Indigenous kitchen and training center covering everything from plant identification to outdoor cooking techniques.

“Originally, we were hoping that people would come from the tribal communities to learn about the fundamentals of the Indigenous food systems here in Minnesota and then take that knowledge back to their own communities. We’re going to equip them not only with that knowledge of how to decolonize a kitchen but also equip them with a business plan,” Thompson said. “A key part of our work is to drive economic funds back into tribal communities.”

Because of the pandemic, they’ve had to pivot. They plan to still have some small classroom work at Midtown Global Market but most of their classes will be online at this time. They’ll spend the next six weeks developing the course work. Thompson said to check back on their website in early October for updates.

“What we do is remove the colonial ingredients just to start. So we take out wheat flour, dairy and refined sugar and kind of see what we can do after that. We even go so far as to remove the colonial proteins which is beef, pork and chicken,” Thompson said.

The classes are open to anyone but the focus and priority will be on getting this knowledge into tribal communities. Thompson said they hope to get other Indigenous chefs in the lab that are willing to train others.

“Act as just a way to get that information out to different people from different tribes all over the country. Because of course the foods of the Southwest are going to be different than the foods of the Northeast, or the Pacific Northwest, or way up in Canada, or Alaska, or the Indigenous foods of Mexico,” Thompson said.

Eventually, they may serve food from the location in Midtown Global Market. But at this time, it’s solely for educational purposes.

On the for-profit side, The Sioux Chef will be opening a restaurant as part of the new Water Works project near the Stone Arch Bridge in Minneapolis. The restaurant—Owamni by The Sioux Chef—will open in spring 2021. 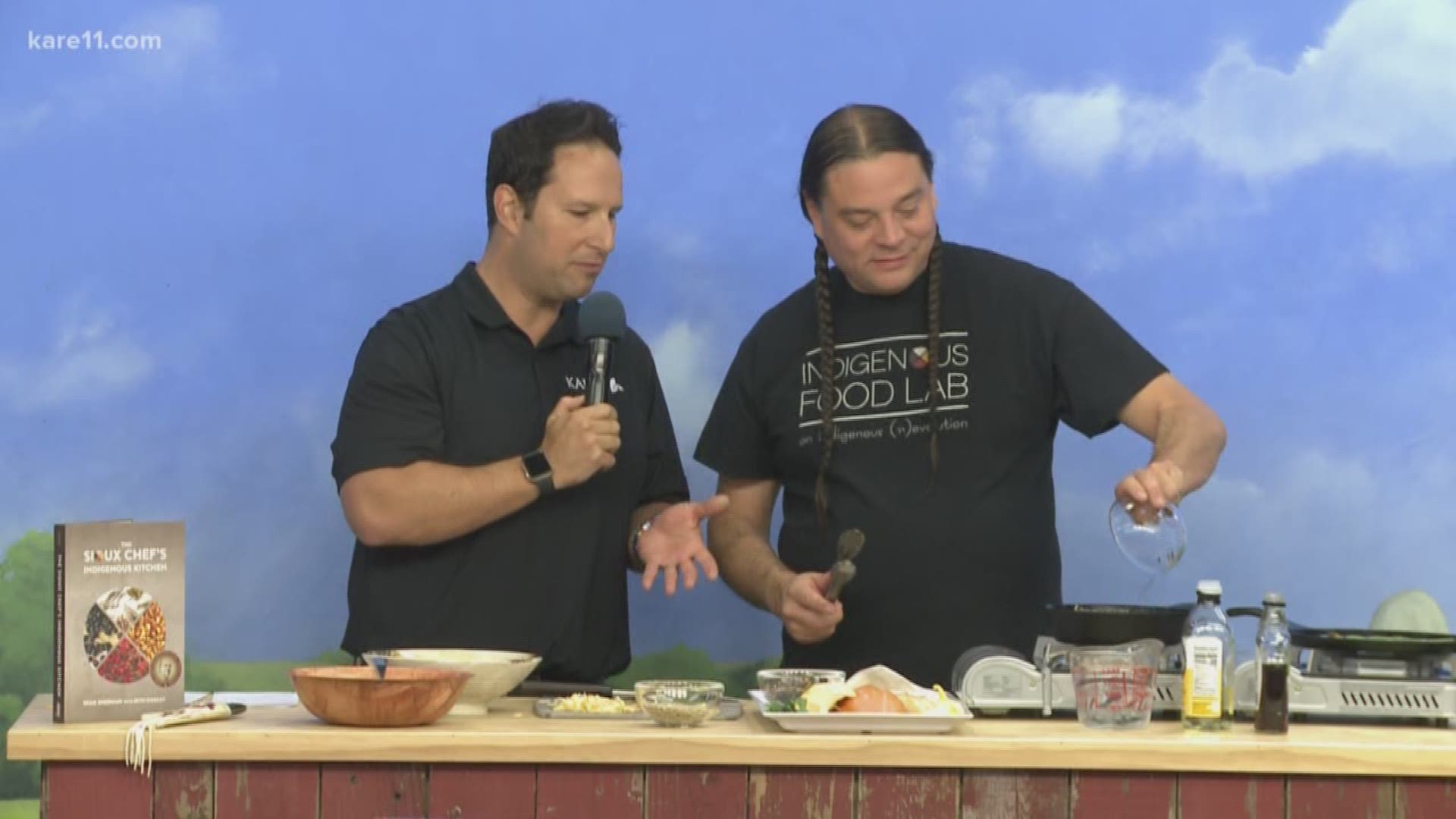 Fri Aug 28 , 2020
Baffled internet users have shared the most hilarious design fails they have encountered in their day-to-day lives.  The photographs, snapped by people around the world, were collated in a Bored Panda gallery after originally being shared on a Reddit thread.  They range from inappropriate to amusing – including a brown-patterned toilet seat which looks […]