England’s first garden villages have been proposed for 14 sites spread across the country from Cornwall to Cumbria, the government has announced.

Ministers have lent their support to 14 planned developments which will each deliver between 1,500 and 10,000 properties and establish new villages.

The new garden villages could provide 48,000 homes, the government says.

Larger garden towns in Buckinghamshire, Somerset and the Essex-Hertfordshire border were also approved.

Proposals include building a 1,000-home garden village on the site of a former airfield in Deenethorpe, Northamptonshire, and a garden town on green belt land on the Essex-Hertfordshire border.

The developments will be distinct new places, with their own community facilities, rather than extensions to existing urban areas, the government said.

It has said there is no “single model” of design to be approved as a garden village, but they should be built to a high quality, be attractive and well designed, and be built as a response to meeting local housing needs – especially for first-time buyers.

Housing Minister Gavin Barwell told BBC Radio 4’s World at One programme that having the infrastructure to support developments was “crucial”.

“The whole programme is about trying to make sure that at the outset we design in the sort of crucial community infrastructure – the jobs, but also school places, GPs’ surgeries, the transport infrastructure – that make these places not just dormitory suburbs,” he said.

He said that a “mixture of everything”, including the regeneration of run-down areas and adding to existing developments, was also needed to help solve the country’s need for housing.

The new villages will receive about £6m in government funding over two years to help deliver the projects, with a further £1.4m of funding being provided for the delivery of the new towns.

The latest plans are in addition to seven garden towns and cities that have already been announced in Aylesbury, Taunton, Bicester, Didcot, Basingstoke, Ebbsfleet, and north Northamptonshire.

But former housing minister and MP for Welwyn Hatfield, Grant Shapps, told the BBC that developments on a small scale may struggle to fit in all the community facilities that would make it self-sustaining.

“That whole idea of having an area that you live in that you can walk to work or take local transport to work that is one of the key ethoses of a garden city,” he said.

“What worries me about all of these announcements… is perhaps it is just a good name to tag on to a more housing development rather than somewhere which would be brilliant to live and you’d really want to live, bring up children, work and play.

“And if it is not all of those things then we will have failed to actually create new garden cities, we would have just tried to make housing sound more popular.”

Dame Kate Barker. who carried out an independent review of UK housing supply in 2004, said it was a “step in the right direction” towards easing Britain’s housing shortage.

But she told the Today programme the plans would make up only one year’s worth of the backlog of homes that should have been built since the financial crisis.

She added that the money on offer was not very large, “so we will certainly have to see infrastructure money, as well, going in to help make these places successful”.

Shadow housing secretary John Healey said: “In the last six years we built fewer homes than under any peacetime prime minister since the 1920s.

“The country deserves a proper plan for fixing the housing crisis, not just more hot air.”

Chief executive Shaun Spiers added: “Some of these proposals may meet these criteria, but others are greatly opposed by local people.

“We will look closely at these specific proposals to ensure that they really are locally led, that they respect the green belt and other planning designations, and that they meet real local housing need.”

It said proposals for a garden town on green belt land on the Essex-Hertfordshire border would “swallow” the existing village of Gilston and neighbouring hamlet of Eastwick which had a parish population of 228.

Kevin FitzGerald, honorary director of CPRE Hertfordshire, said: “These plans herald the death knell of the rural character of whole swathes of Hertfordshire.

“Beautiful villages, supposedly protected by green belt, look set to be swallowed up by the urban sprawl of neighbouring towns.”

But Mary Parsons, group director of developer Places for People – which has put forward the plans – said the green town would “bring the infrastructure, jobs and much-needed homes” to the area.

Another of the proposed garden villages, on greenfield land in the Oxfordshire Cotswolds, is set to provide around 2,200 new homes and science park, six miles from the centre of the city of Oxford.

The leader of West Oxfordshire District Council, James Mills, said the government’s approval was an exciting development and “gives us the opportunity to put in place much-needed homes.”

The CPRE questioned whether the new village would be free-standing and said it would be “disappointing” if it turned out to be “just a dormitory for Oxford”.

Government support for a garden village at Dunton Hills in Essex, which would include new schools and health and shopping facilities, was welcomed by Louise McKinlay, leader of Brentwood Borough Council.

She said: “Young people grow up and then simply can’t afford to continue to live here, so the expansion of the housing supply is to be welcomed very much for those people,”

The 14 new garden villages will be in:

The three new garden towns will be in:

Tue Mar 31 , 2020
Regardless of your bathroom’s size, you’d probably love to have an even bigger bathroom without paying for costly remodeling. Here to help you do that are these 42 brilliant bathroom storage hacks and solutions. Try them out, and watch your bathroom transform into a spacious spa where everything is neatly organized and […] 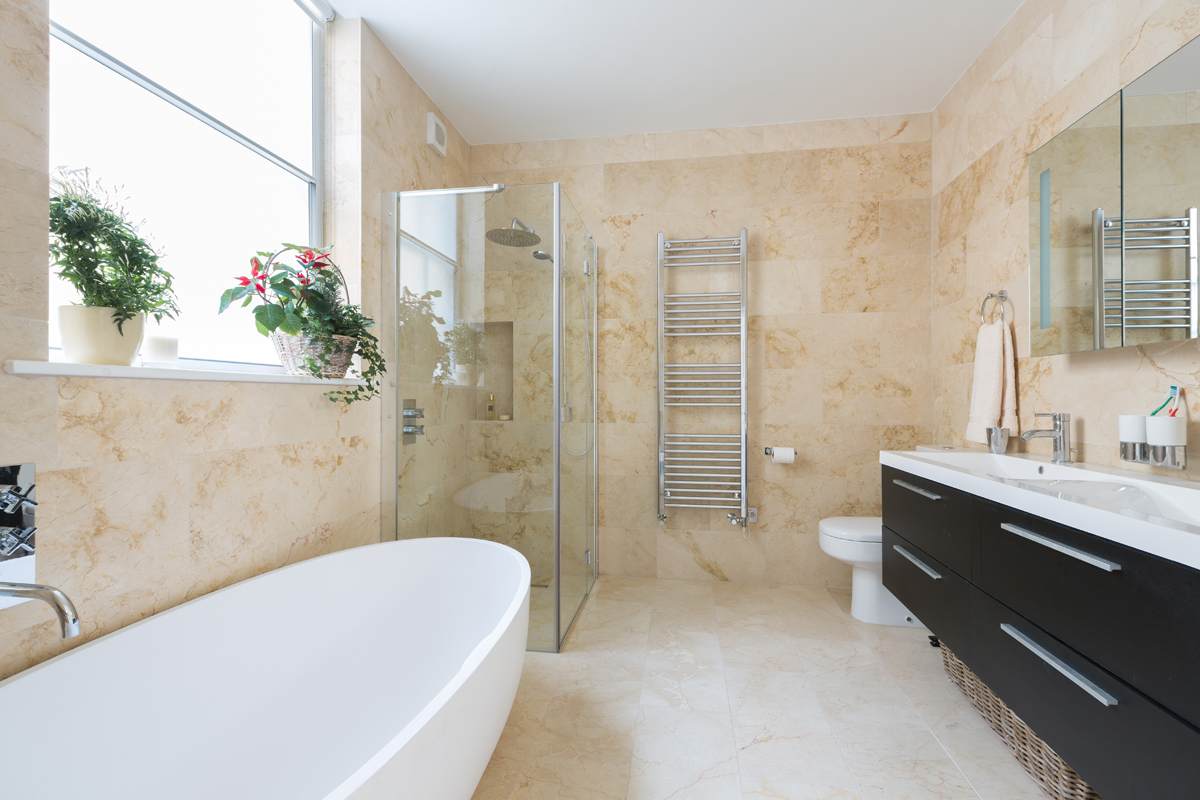