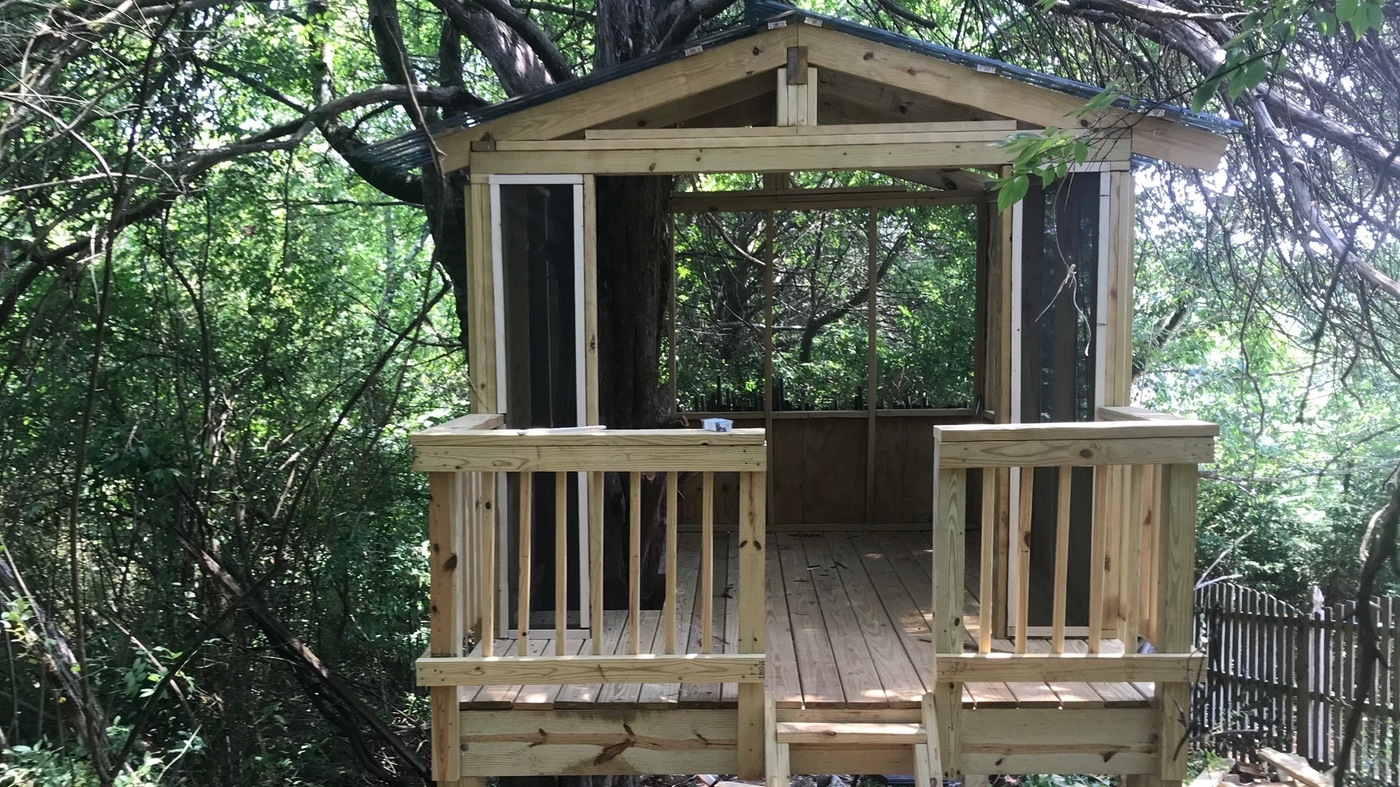 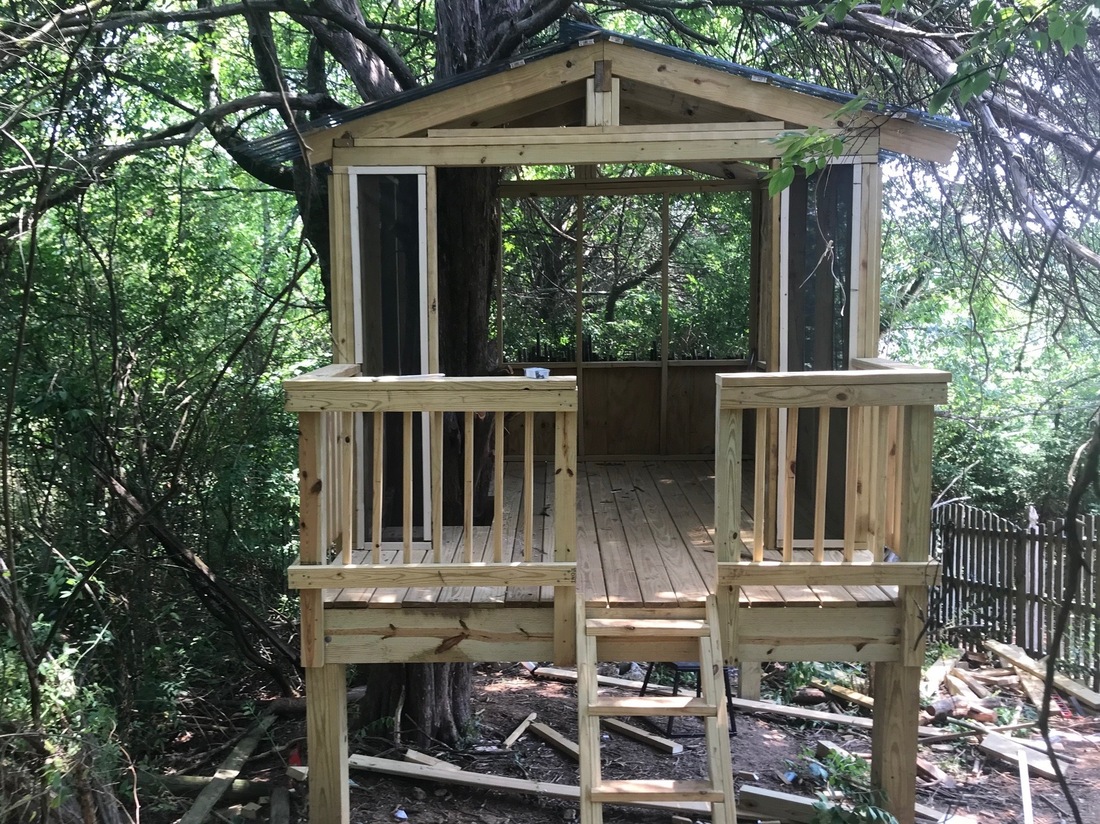 With the help of his children, Knoxville, Tenn., resident Matt Harris put the finishing touches on his dream treehouse on Father’s Day. 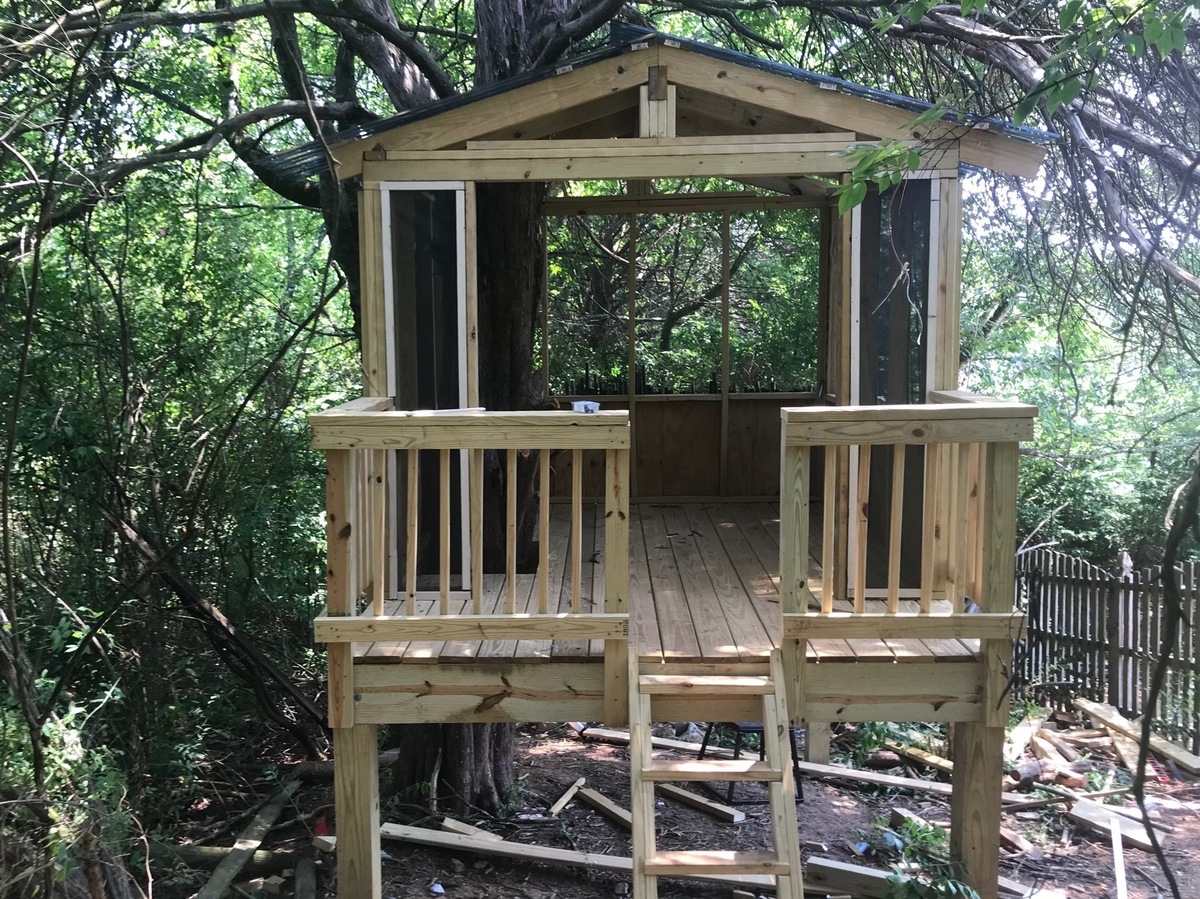 With the help of his children, Knoxville, Tenn., resident Matt Harris put the finishing touches on his dream treehouse on Father’s Day.

For years, Matt Harris dreamed about building a treehouse out behind his back fence in Knoxville, Tenn. He never got around to it, though, until the pandemic hit.

“It was just a matter of finding time,” Harris says. “And that didn’t come until everything kind of shut down for a little bit.”

When the coronavirus canceled youth sports for the season, Harris suddenly found his weekends free. And his children — ages 8, 7 and 4 — made a willing construction crew.

“They were good measurers and markers of the wood,” Harris says. “You don’t let small children use power tools, necessarily. But in terms of things they could help [with], they were enthusiastic about it.”

As he set about buying supplies, Harris noticed a lot of other housebound families seemed to be working on their own projects.

“There were definitely some days when we went to Lowe’s where it looked like a swarm of locusts had come through,” says Harris, an economist at the University of Tennessee. “I think the lumber industry has probably done pretty well.”

Indeed, since bottoming out in early April, wholesale lumber prices have soared 50%. At $523 per thousand board feet, they’re now well above last year’s level. Sawmills, which slashed production in the spring in anticipation of a painful recession, found demand for lumber holding up better than expected, thanks in part to pandemic-inspired projects.

“With people stuck at home and unable to get out and travel, they’ve been putting a lot of energy into projects around the house,” says Shawn Church, editor of Random Lengths, an industry trade journal. “This has created quite a strong demand for fencing, decking [and] treated lumber that the do-it-yourself sector is known for.”

Just as food companies accustomed to supplying restaurants have struggled at times to serve home cooks during the pandemic, lumber companies are also making adjustments, since backyard builders have different needs than professional construction crews.

“The do-it-yourself sector is also called the ‘over-the-shoulder’ trade,” Church says. “With that image in mind, you see a lot of shorter-length lumber — eight- and 10-footers.”

In other words, whatever fits in the back of a personal pickup or SUV.

The half-empty shelves at Home Depot aren’t the only signs of a do-it-yourself boom. LendingTree says requests for home-improvement loans last month were up nearly 8% from a year ago. There’s also been a surge in Google searches such as, “How to build a deck” and “How to build a shed.” 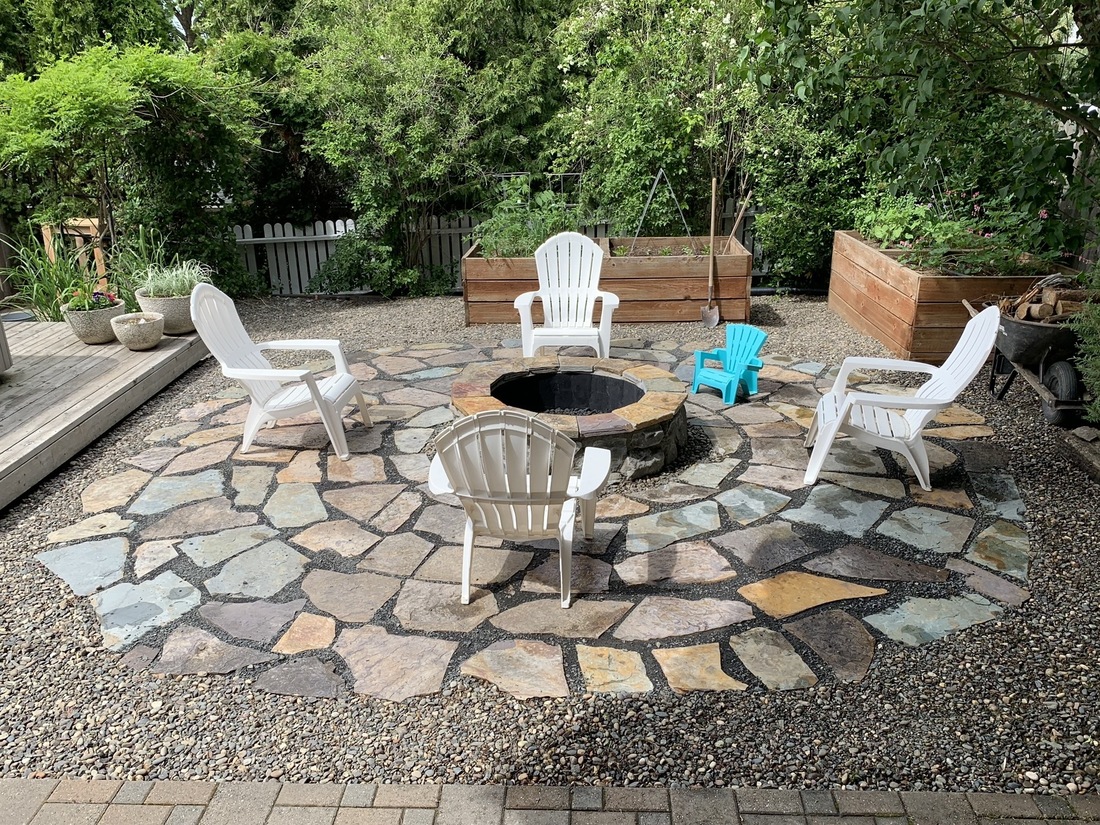 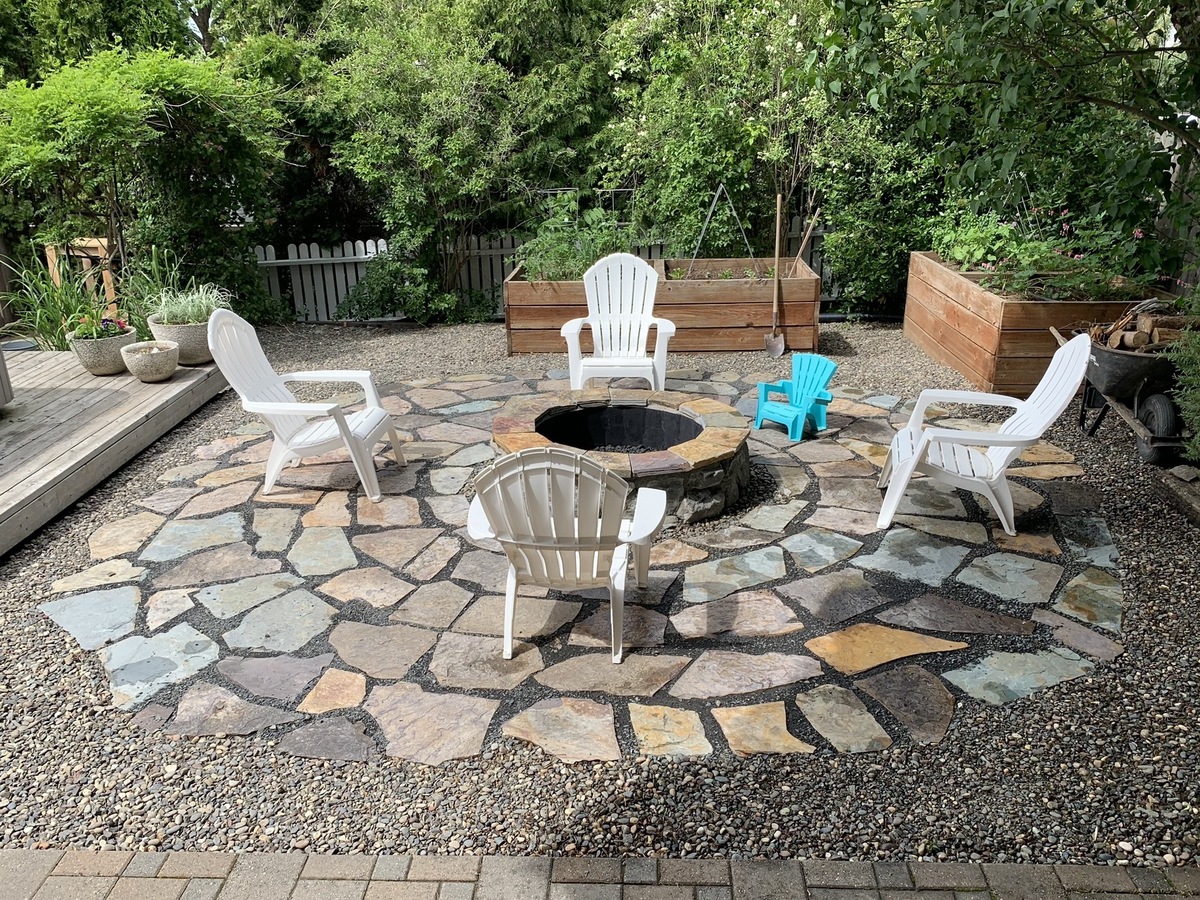 Kevin Slover turned to instructional YouTube videos for help when he decided to build a fire pit and stone patio outside his house in Pullman, Wash.

“I had never worked with rock before this attempt,” Slover says. “But I figured, I’ll give it a shot. How bad could it be?”

The fire pit has become a popular gathering place where neighbors can sit together, six feet apart. After the inaugural fire last month, Slover posted a kind of historical marker with the date and notation, “Built during the coronavirus pandemic.”

“The house is 75 years old,” he says. “Assuming it lasts another 75 years and has a few more owners, it might be a bit of a conversation piece.”

Matt Harris put the finishing touches on his treehouse on Father’s Day. It wraps around an old cedar tree, with a high ceiling — to give his kids room to grow.