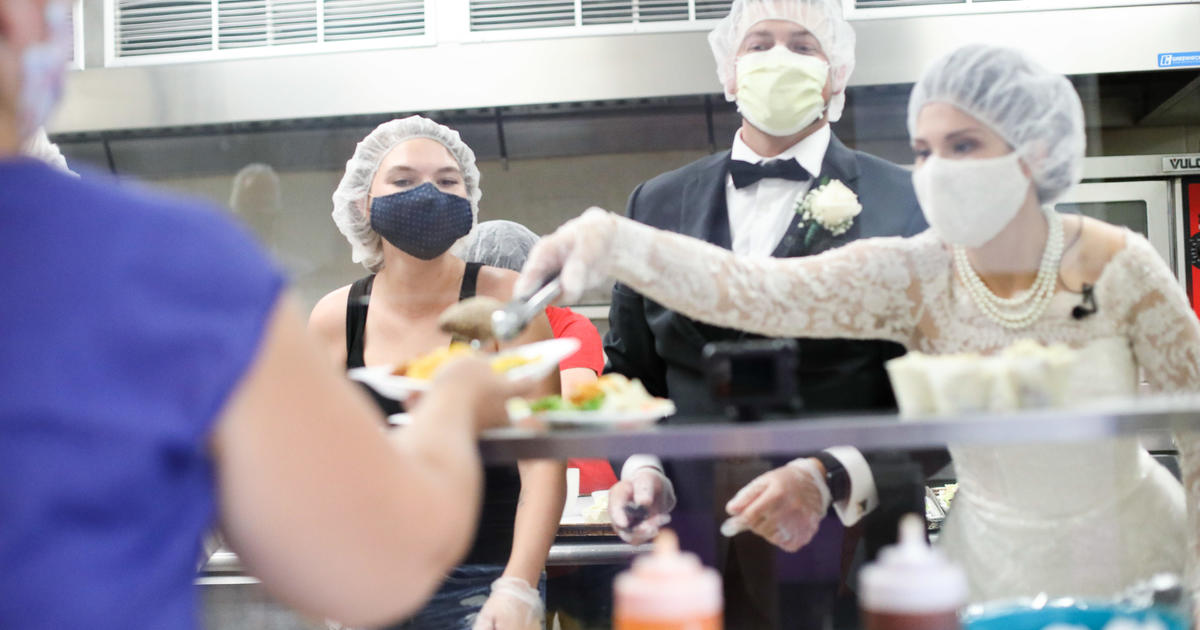 When Tyler and Melanie Tapajna canceled their wedding reception due to COVID-19, they didn’t let the food they ordered go to waste. The Ohio couple decided to take their wedding dinner, which was catered by a food truck, to Laura’s Home, a shelter for women and children in need.

Laura’s Home Women’s Crisis Center is part of the Ohio non-profit The City Mission, which helps people overcome homelessness. About 70 kids currently attend the Cleveland-based program with their mothers.

The City Mission CEO Rich Trickel told CBS News he doesn’t believe the Tapajnas have volunteered at the organization before, but they reached out before their wedding day to see if they could help.

Melanie Tapajnas told CBS News they decided to cancel their reception due to COVID-19 and received a full refund from their venue. “We also took into account the concerns of our families possibly getting sick. We did not want to risk anything,” she said via Facebook.

Melanie and her now-husband, Tyler, held their ceremony on August 15, and right after tying the knot, they went to Laura’s Home to get to work.

The food truck that was catering their wedding set up the food in the Laura’s Home kitchen and the bride and groom helped serve the meal — while still wearing a wedding dress and tux.

“Like you would do at a regular wedding reception, they came out from the kitchen and moved around the dining room and greeted the women and children,” Trickel told CBS News.

Due to COVID-19 restrictions, the bride, groom and their photographer were the only visitors allowed inside during the meal. In total, the couple gave out about 100 meals to the kids and their moms.

Their wedding photos include shots of them in the kitchen and walking around to tables — as well as some of the smiling faces of the kids at Laura’s Home.

“It’s not unusual for us to have volunteers serving meals in our building … but certainly this was not common and it caused quite a stir,” Trickel said.

“I remember a mom and her two little daughters coming up in the line, and the two little girls standing on their tiptoes to get a better glimpse of the bride in her wedding dress,” he continued.

Save on Henckels knives, Rachael Ray cookware and more

What iPhone 12 could look like, based on all the new design rumors