Spartanburg’s north side has more affordable housing in the works.

The city’s Design Review Board approved the Northside Townhomes Tuesday night, which will be 44 townhouses in seven buildings on the block of Milan, Howard and Raindrop streets. Of the units, 25% will be for rent at an affordable rate.

The townhouses are each three stories with three bedrooms and three and a half bathrooms. Six of the seven buildings have two-car garages for each townhouse and each building has a two-car parking pad per townhouse. Parking will be in the rear of the units along a private alley.

“We do imagine someone with a housing choice voucher being able to rent them,” Williamson said. “So that will be what (the United States Department of Housing and Urban Development) sets for fair market rent.”

The fair market rate in Spartanburg County for three-bedroom homes for fiscal year 2020 is $1,057, according to HUD’s website.

The remaining 75% of the townhouses will be set at market rate, at $1,800 a month according to Montgomery Development Group CEO John Montgomery.

“I’m certainly thrilled to get over this last hurdle and I appreciate the Design Review Board with their approval and I’m excited to be moving forward with this project,” Montgomery said. “Spartanburg definitely needs more affordable housing and we’re excited to work with the Northside Development Group on that.”

The project is set to kick off in 30-45 days, Montgomery said.

The Danmor moves from mixed-use to all residential

The Design Review Board gave preliminary approval to The Danmor, a five-story residential building at 203 S. Daniel Morgan Ave., the street the building will be named after.

The project was initially supposed to have four commercial units on the first floor, but now will be entirely residential. There will be 30 units, six per floor, and each unit will have one bedroom.

“I think this building makes a lot more sense being all residential, given the fact that we don’t know the future of commercial,” said Ricky Richardson, a Design Review Board member.

The project is being developed by Royce Camp with architecture by Gerald P. Noe.

The Danmor will be located on the corner of South Daniel Morgan Avenue and Harris Place, with 4 Juliet-style balconies on the Harris Place side and planter boxes along the first floor windows on the Daniel Morgan side.

One concern among board members was parking – residents will have to use street parking downtown. Richardson said he would like to see parking along Harris Place added.

Mon Aug 24 , 2020
CROFTON, MD — As one of the biggest homes in the Chapman Farm neighborhood, this four-bedroom house on a cul-de-sac is ready for its next family. The kitchen boasts ceramic tile with granite counters and opens up to a large family room with a woodburning fireplace. The main level has […] 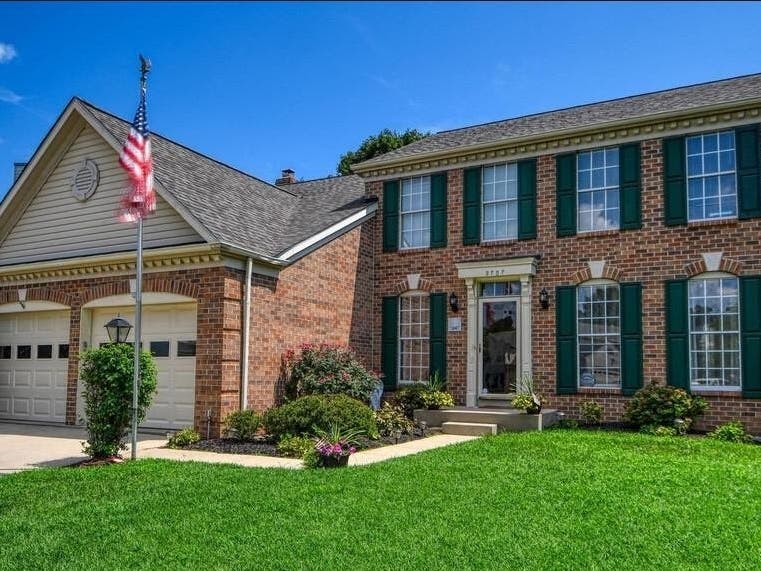