© Architectural Digest
AD’s Fall 1969 issue. For access to all 100 years of the AD Archive, join AD Pro, the members-only community for design professionals, at archdigestpro.com

British photographer and set designer Cecil Beaton prided himself on being au courant,

but when it came to his country place, Reddish House in Wiltshire, he was as Edwardian

as anyone born in 1904 could be. So was the romantic, bamboo–paneled winter garden, created with decorator Felix Harbord, that Beaton added in 1955. “English Baroque proportions, a stone floor in 18th-century French style, Gothic windows that are very Strawberry Hill, and a central fountain that follows the Islamic concept of paradise,” Alexander Hoyle, cult London plantsman, observes of the winter garden, which was featured in AD’s fall 1969 issue. “The combination of elements firmly sets it in an Edwardian Revival idiom.” Given the roughly 20-foot-square footprint, “there was precious little space for growing plants,” he notes of the room, furnished with curlicue wicker furniture cushioned with a blue-and-white print that complemented the Chinese porcelain garden seats. “The effect of abundance was achieved by training climbers up the walls and specimens grown outside or in a working glass house.” Potted African violets, gloxinias, heavily scented lilies, geraniums, and more were arranged beneath a canopy of Kentia palms, the jewel-tone blossoms echoing the chintz in the adjoining drawing room. That being said, Hoyle adds, “The most exotic specimens were the bang-in-the-20th-century people that Beaton entertained here, like David Hockney and Bianca Jagger. They were perhaps the things he loved to collect the most.”

Gardening: How to create a garden getaway to feel like you're on holiday

Mon Jul 27 , 2020
WHILE many of us may be staycationing this year, there are ways to create a holiday haven in our gardens using plants and decor that mimic a host of exotic destinations. RHS Garden Wisley’s exotic garden, for example, houses not only tropical-looking pineapple plants, striking palms and giant banana trees […] 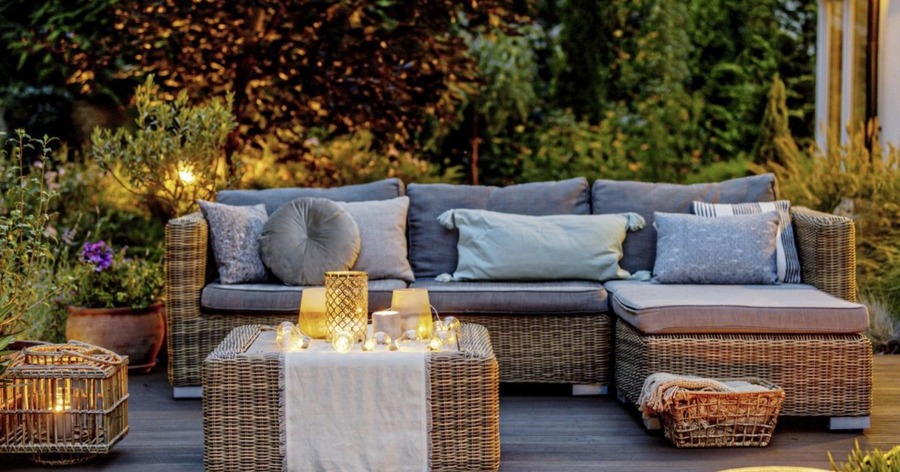