More to the point: Home improvement spending nationwide has been growing at almost double the rate of the rest of the retail sector. Let’s look at what tailwinds have been propelling home improvement, from do-it-yourself work to the hiring of pros to do elaborate remodels.

Move Or Improve? That Is The Question

In more cases than one might guess, a remodel can replace a move. The number one reason for wanting to move and buy a different home is not to be “close to a job” or to get into a “good school district”; rather, the most common reason for moving is stated as being “tired of my existing home.” This complaint can sometimes be addressed with a remodel. In this current housing shortage, many people are deciding to renovate the home they have instead of moving. This has provided yet another driver for rapid growth in this sector.

Not only are homeowners doing more remodeling projects, but they are also taking on more large, discretionary (“lifestyle”) home improvement projects, as opposed to just sticking to necessary maintenance. Per-household consumer spending on home improvement, as measured by HomeAdvisor, has risen 17% in the past twelve months, according to a 2019 report, and a significant part of that increase results from an increase in discretionary “want-to-have” projects.

And, the size of the average project has gone up. Instead of just replacing a faucet and handle, homeowners are upgrading the whole sink, as well as the cabinetry and the tile. Home Depot has reported exceptional growth in what they call “big ticket” purchases (totaling more than $900). As further evidence of this trend toward larger remodels, the National Association of Home Builders’ NAHB Remodeling Market Index (RMI) went up 31% by mid 2019, from the bottom, in the middle of 2010, but the sub-category called “major additions and alterations” went up 47%.

The renovation business does well over $400 billion in revenue annually. In 2017, it was a $425 billion industry, and now, two years after that measurement, it is probably near $450 billion, headed soon toward half-a-trillion.

While the home improvement segment of retail is smaller than retail supersectors like automobiles and supermarkets, it is:

With more homeowners doing more elective home remodeling, appliance installations are growing rapidly. Plus, now that the population is growing rapidly in the 70+ age group, mobility and accessibility modifications are on the rise.

Baby Boomers have been spending the most each year on a per-household basis, but as more Millennials become homeowners and scoop up affordable fixer-uppers, they’ll likely surpass the home improvement spend of their parents’ generation. And while the typical Millennial buyer may not have the resources to renovate the entire house at once, many will take on big projects in bite-size pieces — doing a little more each year.

Another factor? More high-income Millennials are becoming homeowners. Research on homeowner demographics from Harvard’s Joint Center for Housing Studies shows that nearly half of all homeowners under age 35 had household incomes of at least $80,000 — and that the high-income share has been growing. That translates more money to personalize their space.

The Future Of The Remodeling Industry

The industry can expect to see more discretionary home improvement projects, along with more whole-room renovations – and that growth will be supported by a twin-engine-boost from the two largest generational groups: Millennials, as they enter into ownership, and Boomers, as they begin to need to make aging-in-place of modifications within their homes.

Looking ahead, many upcoming high-dollar home improvement trends will relate to aging and mobility. Many homeowners during the next ten years will need to widen doorways, install ramps, grab bars, softer floors and mobility-enhancing smart-home technology like voice- or motion-activated lighting.

On the other side of the age curve, as Millennials continue to edge into home ownership, a rise in garage remodels is likely to come about, since they’ll look to convert garages and basements into accessory dwelling units (ADUs). Plus, this kind of renovation serves to create a room to rent out, which can help defray a monthly mortgage payment. It can also pave the way for more housing for Generation Z, who are just about to enter the traditional home-buying age bracket and will be looking for dwellings that they can afford.

When mortgage rates start moving higher, at some point in the future, the remodeling sector might get an additional spending boost. When a homeowner who has a 3%-4% mortgage rate later starts to feel “tired of their current home,” some may choose to stay put and keep the low mortgage rate and low monthly payment. Some homeowners will likely choose to update, freshen, and fix up the homes they are in, rather than move and lose that increasingly enviable sub-4% fixed mortgage rate.

2020 candidates and virtual campaigning: From Kennedy's kitchen to Biden's basement

Thu Apr 9 , 2020
“Use the top of your knife,” Boston chef Tiffani Faison gently coached over the video conference screen as the four-term congressman struggled to remove the bird’s backbone, one of the first steps in preparing Faison’s soy- and cola-infused poached chicken. This is political campaigning in the age of coronavirus — […] 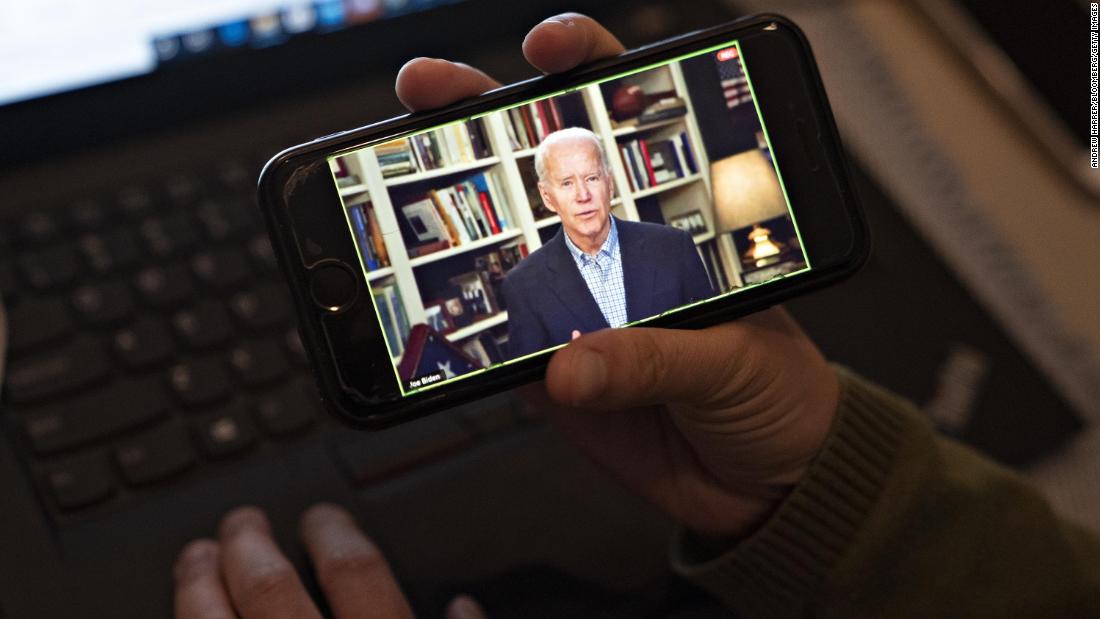