This week a judge in Virginia district court will consider a question coming before lawmakers and school principals across the country: should transgender Americans always be allowed to use the restrooms where they feel the most comfortable? And is it discrimination when they’re forced to do otherwise? Here is a […]

This week a judge in Virginia district court will consider a question coming before lawmakers and school principals across the country: should transgender Americans always be allowed to use the restrooms where they feel the most comfortable? And is it discrimination when they’re forced to do otherwise? Here is a primer on why the bathroom question is such a hot-button issue and why it’s likely to show up in our newsfeeds in coming months.

Bathrooms and fights for civil rights go hand-in-hand. In the Jim Crow era, bathrooms—along with water fountains and lunch counters—were places that might be marked with “white only” signs. The bathroom has also been a battleground for women and handicapped workers fighting for equal treatment in the workplace. Because of the nature of things people do in the bathroom, it can be a space where they feel exposed or vulnerable and therefore resist change. It is also, as transgender icon Janet Mock says, “the great equalizer for all of us.”

Transgender people have to fight for authenticity as well as equality. The average person might have their age questioned when buying liquor or their ID checked at the airport, but people doubt transgender people’s true identity on a much more regular and deeper level. For transgender kids, that might take the form of parents insisting that they’re going through a phase or putting them in conversion therapy. For adults, that might be people questioning whether Caitlyn Jenner is really just doing it all for the publicity. “There is still this reluctance to accept trans people for who they are,” Mock says.

To opponents, “bathroom bills” suggest that what transgender people feel isn’t valid. So-called “bathroom bills” introduced by social conservatives in states such as Arizona, Maryland, Kentucky and Florida typically mandate that people use the bathroom that matches the sex on their birth certificate. That’s a marker that is difficult for most transgender people to change, as well as one that, for them, is a bureaucratic indicator decided by someone else that should not be weighed against their innate sense of self. Just a handful of states have “modernization” processes that make it easier for transgender people to change their birth certificates. Some in the community have protested by taking selfies in the bathrooms that they would have to use under such laws, highlighting how those spaces don’t jibe with their appearance or their feelings. 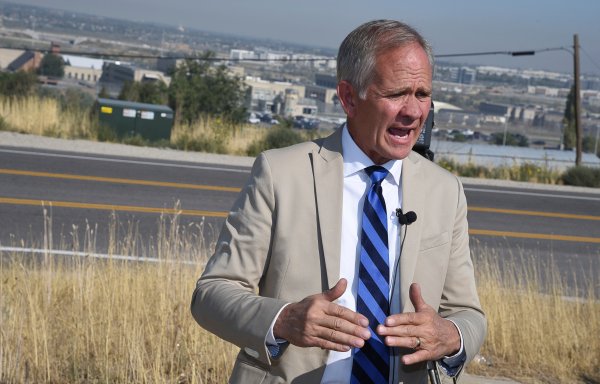 Conservatives argue that such bills are necessary to protect people’s privacy and public safety. Some social conservatives will say that they think transgender people are deluded. “I don’t want men who think they are women in my bathrooms,” testified a Maryland woman in a 2014 hearing on an LGBT non-discrimination bill. But a more common argument is that allowing transgender women to use the women’s room would open the doors up for sexual predators or peeping teenage boys to use those protections as a dangerous ruse to get into female spaces. GOP politician Mike Huckabee made this point in a much-talked-about joke that made the rounds earlier this summer.

No evidence has been uncovered showing that such fears are warranted. Several states, school districts and corporations have adopted their own policies affirming transgender people’s right to use the bathroom that aligns with their gender identity and have not reported problems, opponents of bathroom bills say. Progressive media watchdog Media Matters called up the 17 largest school districts governed by such policies and asked them if they had experienced any incidents of harassment or inappropriate behavior; they reported none had. Liberal lawmakers and activists say such rhetoric is just fear-mongering cloaking LGBT phobias.

Bathroom policies affect transgender people in serious ways. Transgender students have reported being told that they needed to use a unisex nurse’s office or staff restroom—missing out on class time, being teased and feeling “quarantined.” More than a quarter of transgender adults say they’ve been denied access to “gender-appropriate facilities.” In a study from UCLA’s Williams Institute, nearly 70% of transgender people said they had experienced verbal harassment in a situation involving gender-segregated bathrooms, while nearly 10% reported physical assault. Transgender people will often seek out unisex bathrooms to avoid conflict that makes them feel like they don’t belong in one space or the other.

More political fights about this issue are coming. Members of Congress recently introduced the Equality Act, a non-discrimination bill that would help protect LGBT Americans in spheres from the workplace to the jury box to the bathroom. Currently, there is no federal law that explicitly prohibits discrimination based on sexual orientation or gender identity. Most states also lack such statutes. Social conservatives in California, meanwhile, have vowed to get a “Privacy For All” initiative on the ballot that would require people to use school and government facilities that correspond with the marker on their birth certificate.

In the meantime, courts will continue to help decide the issue. The Equal Employment Opportunity Commission and the Department of Justice have found that discrimination against transgender people—including denying them bathroom access—is a form of sex discrimination covered under the Civil Rights Act. While some have said this proves that additional protections are not necessary, advocates for explicit non-discrimination laws say that they’re important for enforcement, educating the public and making sure a person doesn’t have to go to court to make their case. The decision from Virginia’s district court will add to the precedents, spurring on the debate as LGBT activists choose their next battles after marriage equality.

Get The Brief. Sign up to receive the top stories you need to know right now.

For your security, we’ve sent a confirmation email to the address you entered. Click the link to confirm your subscription and begin receiving our newsletters. If you don’t get the confirmation within 10 minutes, please check your spam folder.

Write to Katy Steinmetz at katy.steinmetz@time.com.

Sun May 10 , 2020
Bathroom Supplies and Accessories The bathroom is a frequently used space in the home. It is also a place where you can decorate to create a calm, relaxing atmosphere. The key is to find the right bathroom accessories to pull together the look you want while still keeping the space […] 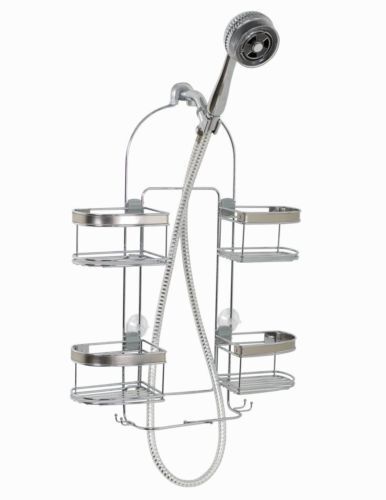