RD.COM Home Home Improvement View as slideshow Everyone loves saving money, but not all DIY projects are a savings in the end, as these homeowners found out the hard way. Up on a (leaky) roof Matthew Steger, WIN Home Inspection Renovations are stressful, especially when you have to re-do DIY […]

Everyone loves saving money, but not all DIY projects are a savings in the end, as these homeowners found out the hard way.

Up on a (leaky) roof

Renovations are stressful, especially when you have to re-do DIY projects because of mistakes. In the rooftop vent photo, the owner had expanded and remodeled their kitchen, removing an old wood stove Their mistake, according to explains Brian Fish, owner of WIN Home Inspection Mount Vernon, who had to fix the mess: “They opted to run the new exhaust for the range up through the existing vent cap from the wood stove and then attach it to the box vent and screw it to the old stove vent cap. Needless to say the new range vent was not secure or properly installed and so it was prone to leaks.” These are the secrets contractors wish all first-time homeowners knew. 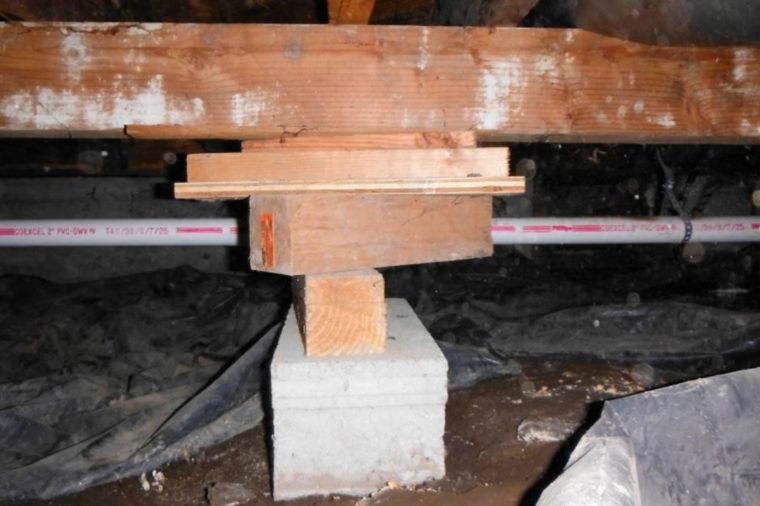 “The homeowner, who was trying to stabilize the support beam under the house, tried to fit multiple shims in place,” says Fish. “It would be a better and safer alternative to remove the shims and use one of the larger 4×4 pieces of lumber trimmed to install one solid post for stability as opposed to five or six.” Check out the easy things you can do in a weekend to increase the value of your home.

Don’t cover me up 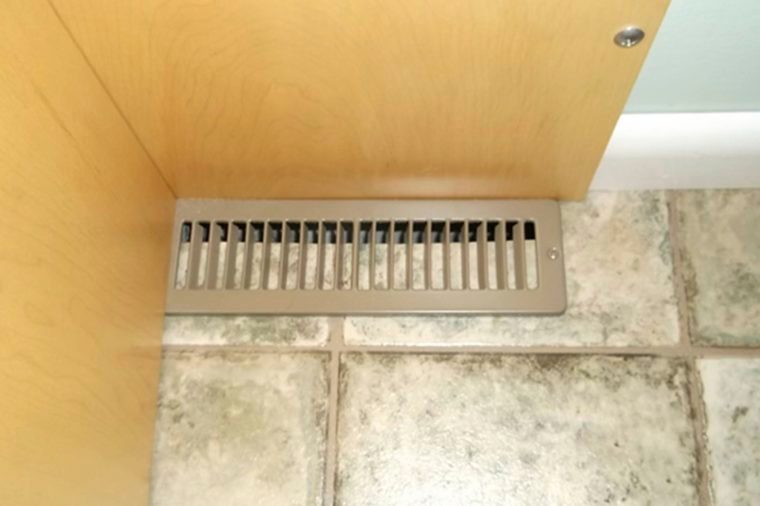 Partially blocked vents and registers waste energy and money. “The home flipper laid new vinyl flooring in the bathroom, over the floor vent, which would prevent any hot or cold air from making its way into the room,” explains Matthew Steger, ASHI certified inspector and owner of WIN Home Inspection in Lancaster, Pennsylvania. “It was apparent he wasn’t concerned if the bathroom was heated or not.” These are the sneaky ways your home is draining your bank account. 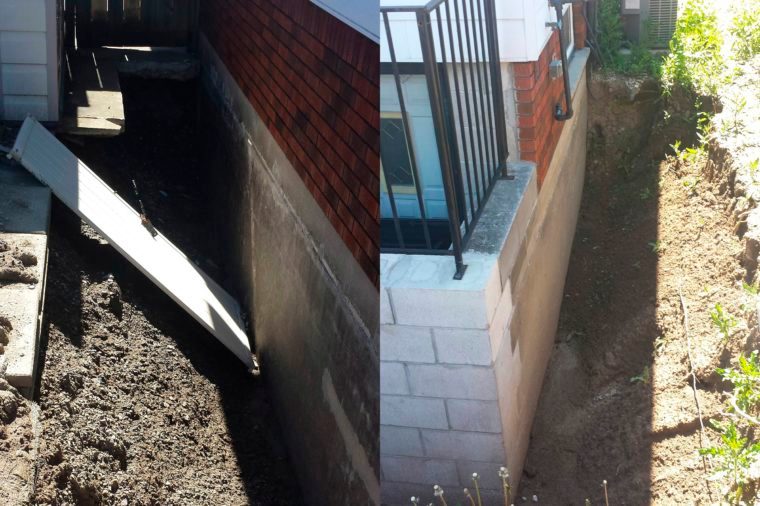 A basement can be a welcome retreat in the hot summer months, but if you need to waterproof it first, you may want to get the pros involved. This homeowner started out with good intentions but couldn’t quite get the job done. “Fortunately, no one was hurt and RCC was able to shore up the trench and waterproof the basement of the home,” says Jamie Hallett, RCC Waterproofing Consultant. These are the vital tasks homeowners shouldn’t skip. 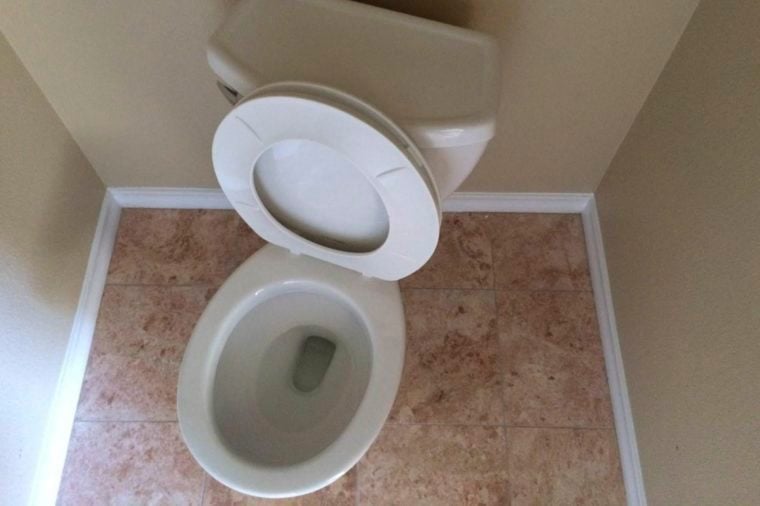 I guess when you have to go it doesn’t really matter if the toilet is slightly askew. “This DIY-er tried to do the plumbing themselves and mistakenly installed the bottom bracket crooked. Now they’re stuck with a crooked toilet!” says Jesse Fowler, President of Tellus Build. Don’t miss the secrets your handyman won’t tell you—but you’ll want to know. 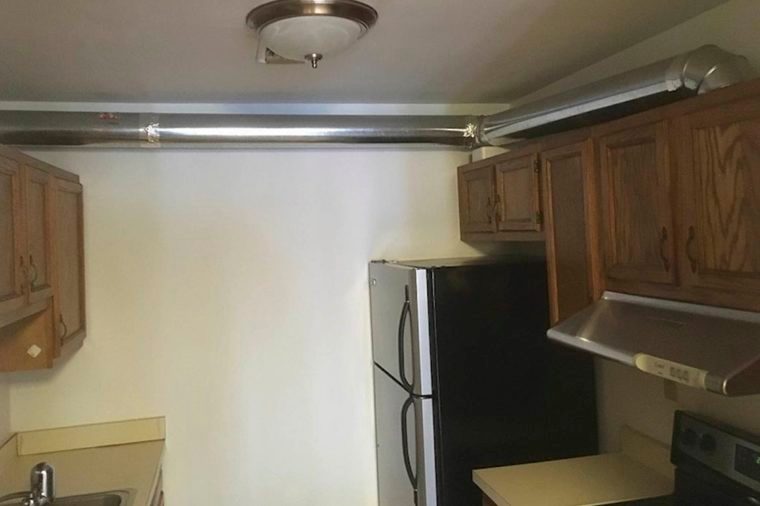 Exposed beams and vents are cool if you have a loft, but this duct DIY project didn’t quite make the Top 10 Kitchen Design Tips list. “These condo owners had decided to vent the range hood themselves. Rather than cutting the ceiling and running the duct through the ceiling, they took the easier route and ran it above the kitchen cabinets,” says James Brock, of Boston Home Inspections. It’s not necessarily dangerous, but this is probably not a desirable focal point if the homeowner ever wants to sell the house. These are the upgrades that make your home look more expensive. 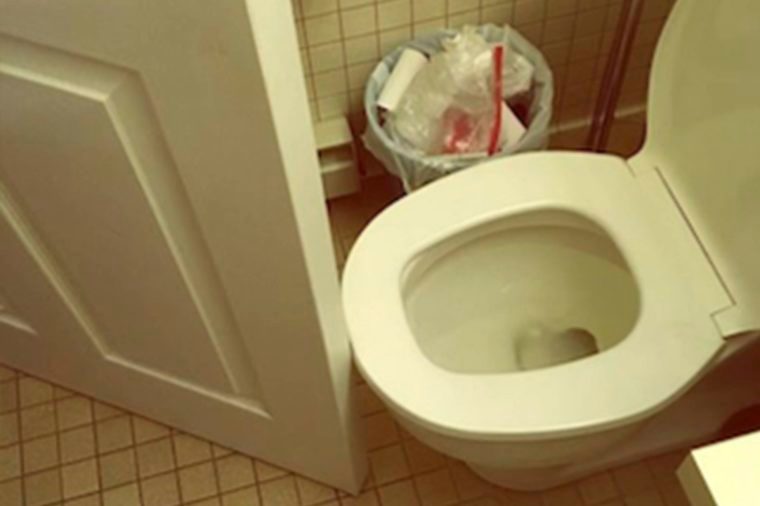 “Measure twice, cut once” is a mantra every carpenter lives by, especially when doing a bathroom makeover. “Dozens of factors need to be taken into account when performing a renovation project, everything from the light switch location to the door swing,” says Brock. “Many times even on new construction I find light switches behind the door.” 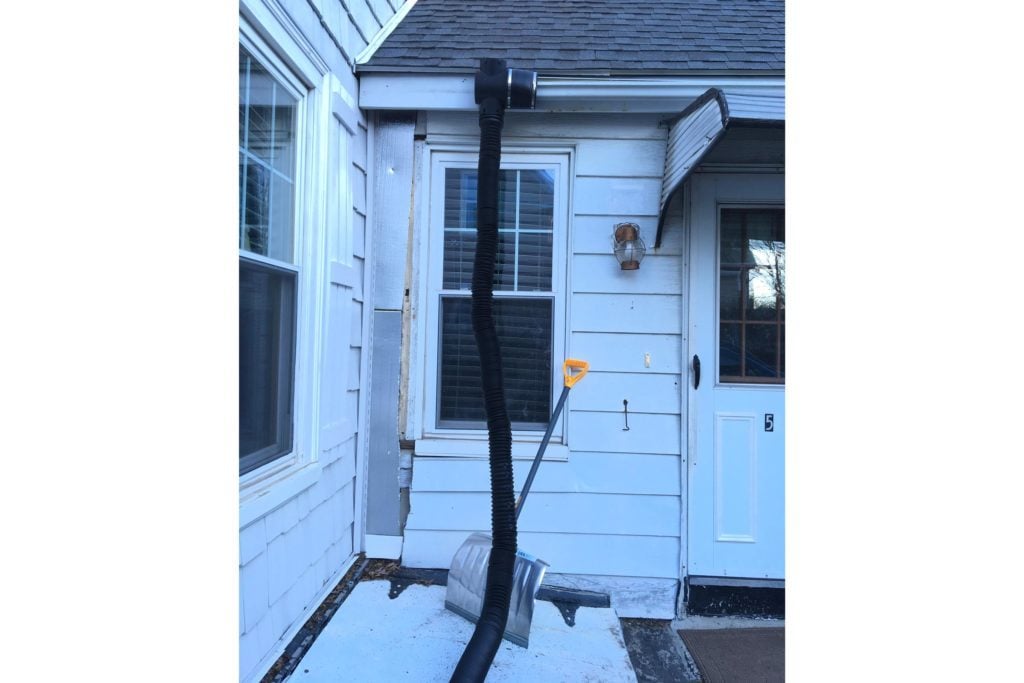 There are a few tried-and-true design tricks for pretty curb appeal but this DIY project isn’t one of them. And frankly, curb appeal is the least of this homeowner’s problems. “The obvious issue is the short gutter and the use of some type of flexi pipe for a downspout.” Brock says. “The flashing at the roof isn’t properly installed and the half finished siding and incorrectly installed insulation is of concern. I see nothing but leaks in the future.” Besides the drips from any leaks, these are the other annoying noises you might hear in your house and how to silence them for good.

Waste of a stairwell 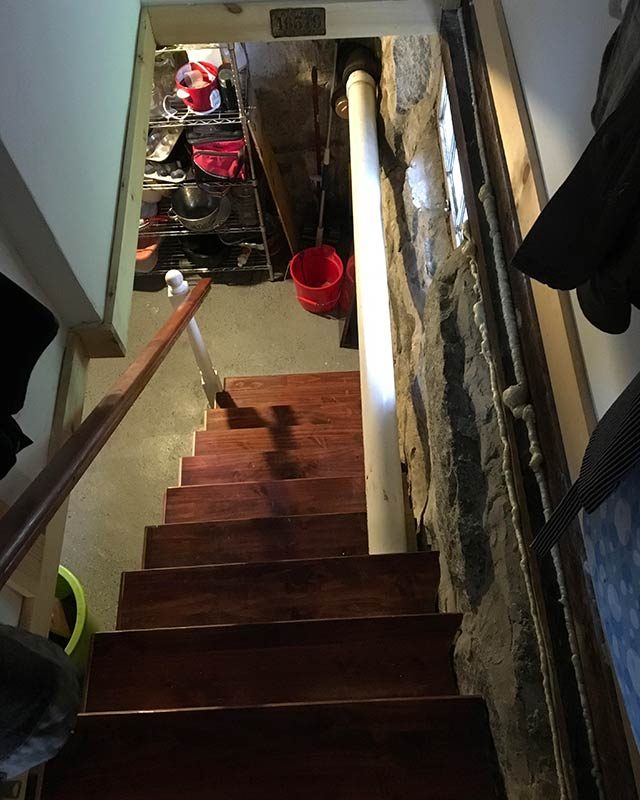 “A homeowner was renovating his house and could not find another way to run the main plumbing waste pipe, so he ran it through the basement stairs. Now he has created an accident waiting to happen,” Brock says. “He also did not install spindles on the basement stair railing to prevent children from falls.”

Brock captions this photo, “When homeowners install their own wiring.” Need we say more? Electrical repairs or upgrades should be left to the professionals—or you risk getting electrical shock and/or causing a fire.

Mon Mar 30 , 2020
The Honest Kitchen — We make the best pet foods from the best ingredients — that’s part of our “Honest Promise”. Once your pet tastes the results, you’ll never settle for other foods again. The three most important words in pet food — For veterinarians, food safety experts and savvy […]